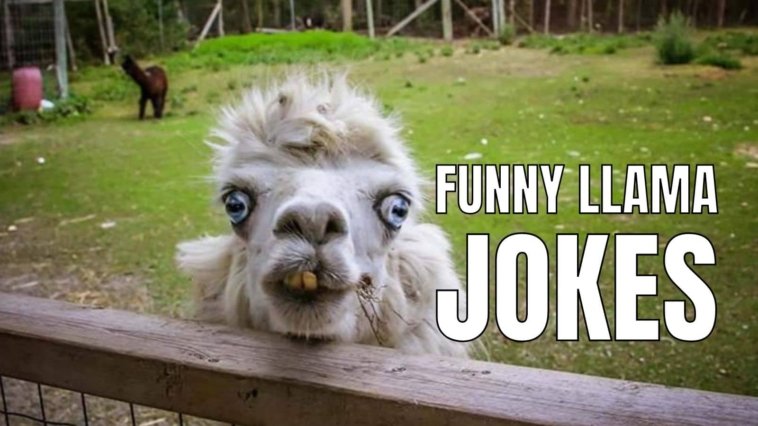 Llamas are not inherently funny, and whether or not someone finds them humorous can depend on their personal sense of humor. Some people may find llamas amusing because of their appearance, behavior, or the way they are often portrayed in popular media. Others may not find them particularly humorous at all. In general, humor is a highly subjective matter, and what one person finds funny may not be the same as what someone else finds amusing.

Llama jokes often play on the word “alpaca,” which is a type of llama, and use wordplay and puns to create a humorous effect. They can be a fun and playful way to bring a smile to someone’s face.

What do you call a stampeding herd of Llamas?
The Alpacalypse.

What is an alpaca from the deep south’s favorite food?
Llama beans.

Which is the most halal of animals?
Is llama.

Did you hear about the boy who tried to phone the spiritual leader of Tibet once, but was sent a big goat with a long neck instead?
Turns out he had phoned Dial-a-Llama.

What do llamas type when they are laughing?
Llamao.

What do Tibetans use to move their alpacas around?
Dolly Llamas.

How do camels learn to mate?
They read the Llama Sutra.

What did the male alpaca say to the female alpaca?
“Como te llama.”

What do you call a secret group of llamas?
The I-llama-nati.

What do you call a religious animal that loves sandwiches?
The Deli Llama.

Which sultry-voiced singer will happily spit in your face?
Llama Del Rey.

Where do llamas go on vacation?
Alpacapuco.

A bunch of stoners was tasked with the job of inventing a new sport.
The result was just a bunch of misshapen llamas playing football. When they asked the group of stoners why they decided this to be the new sport, they replied, “We were just sitting there in silence for a long time and then someone said ‘alpaca bowl’”

What do you call a llama that hoards anything and everything to be prepared?
An all-packa.

What happens when you make a Llama sing along to a song by the Cranberries?
You get a zombie alpacalips.

What did Mario say when he saw the Alpaca?
Don’t-a worry it’s a false-a llama.

Why didn’t the border guard allow a llama to enter the country?
Hisllamaphobia.

Where do Muslim llamas come from?
Alpacastan.

A rabbit, a monkey, and a Llama walk into a bar.
The bartender looks at them, and goes, “I think you’re ALL in the wrong joke.”
The rabbit says, “Man this is worse than when I was just a typo.”

What do you call a horde of undead llamas?
A zombie alpaca-lypse.

What do you call getting squeezed by two llamas?
Getting llaminated.

What do you call a bunch of llamas who started a singing group?
Alpacapellas.

How do the zookeepers wake the animals in the morning?
They set their a-llamas.

Why do male llamas go to a therapist?
Their women are such llama queens.

A llama walks into her house.
She sees her husband in bed with another llama and is very enraged. Tears started rolling down the cheeks.
After a moment of intense silence, the husband gets up and says, “Alpaca my bags.”

What religion do most llamas practice?
Isllama.

What did the sheep say to its friend the llama?
“I can shear with you.”

How do you know when it’s alpaca time?
The a-llama goes off.

How did the Jewish llama say hi?
“Sha-llama!”

What do you call a very fast llama?
A llamaghini.

What is a llama’s favorite drink?
Llamanade, ofcourse.

A polygamist lion walks into a bar with 3 of his wives: a giraffe, an ostrich, and a llama.
He walks up to the bar and asks the rhino bartender to recommend a beer.
Rhino: “Sure, we have lots of great choices on tap.”
Lion: “C’mon man… Can’t you see I prefer longnecks?”

What did the yogi say after riding his pet llama to the ashram?
Llamaste.

What did the Rock Star llama promise his label?
“Alpaca concert hall!”

What do you call an alpaca that screams when it sees a fire?
A smoke a-llama.

What did the Farmer say when he saw a painting of his pet Llama?
“It’s a spitting image.”

When the llama graduated from high school, what did he get?
A dipllama.

Which US president has the llama’s support?
Barack Ollama.

Who is a llama’s favorite composer?
Wolfgang Llamadeus Mozart!

What could be more amazing than a talking llama?
A spelling bee.

Why did the llama wear a bell around his neck?
Because llamas don’t have horns.

What do you call a really big llama?
A wooly mammoth!

A man hires an Australian tour guide to lead two camels and a llama across the outback to a new nature preserve. There are no roads, so they must make the two day journey on foot with the necessary food and supplies. The guide finally shows up with the animals a day and a half late. Irritated, the man asks him, “Why is the llama carrying all the supplies??” The guide replies “Llama? I thought he was an allpacker!”

What do you get when you cross a llama and a turtle?
A turtleneck sweater.

Why couldn’t the llama realize she was being duped?
She had the wool pulled over her eyes.

Which llama side has the most fleece?
The outside.

Where do llamas go to escape the hustle and bustle of the modern world?
Shangri-llama.

What did the llama say to the tall grass when he was done eating?
“Nice gnawing you!”

What would a llama do if a massive asteroid was about to strike Earth?
Llamageddon has arrived.

How do llamas like to cook their food?
On a spit!

Have a better llama joke? Comment below your best llama puns and one-liners for other readers who love farm humor. 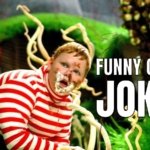 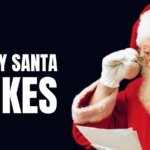