The Ambedkar Hai Usmein meme originates from the 2020 Bollywood movie Serious Men. In the movie, Keshav Dhaware (the character played by Sanjay Narvekar) says to Ayyan Mani (the character played by Nawazuddin Siddiqui) this dialogue when he visits Ayyan’s house during the eve of Ganesh Chaturthi. The popular use of Ambedkar Hai Usmein meme is to express the humorous identity of something/someone. The upper pane is used to point to someone or something and the lower pane is used to show the person or a thing. 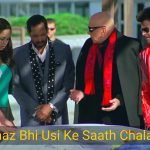 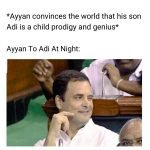