The Chewing Gutkha meme originates from the India vs New Zealand 1st Test Day 1. During the cricket match on 25th November 2021, the broadcaster focussed on one of the Indian fan sitting in the crowd Shobhit Pandey of Kanpur who seemed to be chewing Gutkha (a chewing tobacco preparation popular in the Indian subcontinent) and talking on the phone.  Although, he later revealed that he was actually chewing meet supaari (sweet betel nut) which does not contain tobacco. At 3.30 pm IST, a Twitter user @AishIdiot tweeted the video clip with the caption “Things you’ll only see in Kanpur stadium.” The video was instant viral on the microblogging platform and received more than 100k views in 9 hours. At 3.48 pm IST former Indian cricketer Wasim Jaffer tweeted a meme that received more than 2k retweets within the same time. The popular use of the Chewing Gutkha meme is to mock fun at someone who chews tobacco. 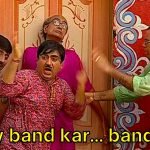 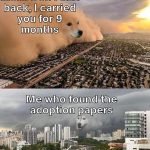