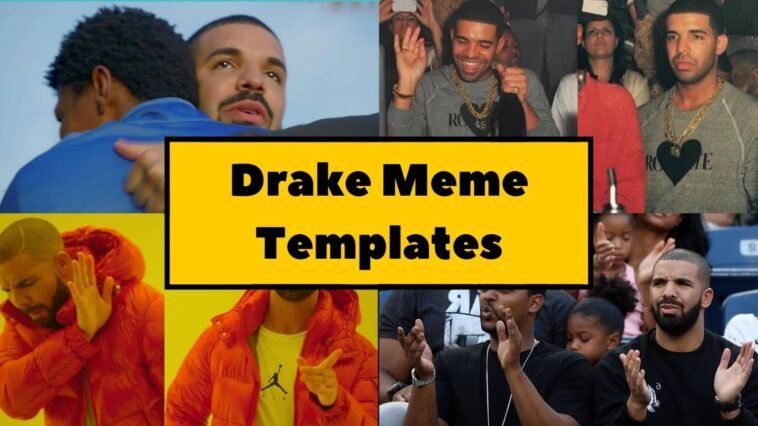 Drake is a four-time Grammy winner from 47 nominations, six American Music Awards, a record 29 Billboard Music Awards from 81 nominations, two Brit Awards, three Juno Awards and is the highest certified digital singles artist in the United States but do you know what Drake’s biggest accomplishment is two words: Meme King. We must admit nothing is better than a newly discovered Drake meme. You can bet Twitter goes into full FBI mode when he releases a new music video looking for the best meme moments.

Drake should be recognised for his online savvy and indelible imprint on pop culture, not just through his songs. There was never a moment when we didn’t feel like we were drowning in Drake. Champagne Papi, a true Internet artist, wasn’t only in on the roasts; he was also supplying the meme templates the entire time. Just kidding! We love our Canadian rap sensation so in honour of his most recent meme moment let’s take a look at the 10 times Drake was an internet meme.

This Drake meme also known as Drakeposting, Drake yes and no meme and Drake reaction meme, originated from the Canadian rapper’s 2015 hit R&B single “Hotline Bling.” The song was released as the album’s lead single on July 31, 2015. The music video was released on October 19, 2015, on Apple Music and two days later, it was released on Youtube. The meme template is the combination of two different gestures performed by the rapper in the video. It is generally used in the context to prefer one thing over another. The video has amassed more than 1.8 billion views on the online video sharing platform, Youtube. Meanwhile, the song reached number two on the US Billboard Hot 100 and received two wins at the 2017 Grammy Awards for Best Rap Song and Best Rap/Sung Performance.

This internet meme is also known as Drake helping and Drake explaining meme originates from the song “Life Is Good” by American rapper Future and features Canadian rapper Drake. The video was released on Youtube on January 10, 2020. The meme is a screenshot from the music video in which Drake helps rapper Lil Yachty to solve a problem with his laptop in a Gadget Store. It is generally used in the context where the other person is given information that it was been willing to ignore. The song debuted at number two on the US Billboard Hot 100 and has been viewed more than 2 billion times on the online video sharing platform, Youtube.

This meme originates from Travis Scott‘s concert in Portland, Oregon on April 19, 2017. As per fan footage uploaded on Youtube the next day, Drake is seen moshing in the crowd and yelling “yeah” when the beat dropped. The video has received more than 1 million views on the online video sharing platform. This video also gave birth to the Tik Tok trend “Yeah” along with the background music of the song Thrax by American rapper SSGKobe.

The couple Rihanna and A$AP Rocky were photographed out in New York City on January 30, 2022, where Rihanna debuted her baby bump while wearing a long pink jacket. On February 1, 2022, Drake was seen in attendance in the Basketball game between Miami Heat and Toronto Raptors. The Twitter account of Bleacher Report posted a video of Drake looking at his phone with an annoyed look. This led to people sharing this meme of Drake after learning about Rihanna’s pregnancy announcement.

On May 23, 2019, the Toronto Raptors defeated Milwaukee Bucks 105-99 in game 5 of the Eastern Conference Finals to lead the series 3–1 and move within one game away to reach their first-ever appearance in the NBA Finals. The spirited fan Drake of Toronto Raptors got his moment in the limelight after the game. He said: “Look around, look around you, look at this, we created this. This didn’t exist before we were here. Look around at the square, I promise you right now we did this. Doesn’t matter what anybody says — they could say it’s disrespectful, they could say it’s this and that and that. Everybody is within the rules, everybody’s doing their thing. All we are is proud and passionate.” The opening few seconds of the video have gone viral since it was shared on social media, and have been used for a variety of captions.

On February 12, 2012, Drake hosted an After-Party for fellow rappers and singers at Greystone Manor Supperclub after the 54th Annual Grammy Awards. On September 18, 2015, it was two contrasting emotions of Drake from the afterparty were posted as memes on the platform with the caption “Priorities (x-post).”

This Internet meme is from the Basketball match between Cleveland Cavaliers and Toronto Raptors which was Game 4 of the Eastern Conference Finals played on May 23, 2016. During the match, animated reactions of Drake were captured staring, yelling and pointing at players. Twitter user @justlnw posted the first edited version of a still of Drake to make his mouth look bigger.

The meme originates from the song God’s Plan’s music video released on Youtube on February 16, 2018. Drake gives nearly a million dollars to people and institutions in Florida in the video. The song received three nominations at the 61st Grammy Awards and won the Grammy Award for Best Rap Song. In the video, Drake donates some money to a pair of son and mother after which he gives a hug to the son. The screenshot of the hug along with the phrase “*God’s Plan starts playing*” is intended as a pun for a conversation that involves an act of kindness. The video has received more than 1.4 billion views on the video-sharing platform.

On August 13, 2015, Drake watched the match between Serena Williams (USA) and Andrea Petkovic (Germany) during the Rogers Cup Tennis match at the Aviva Centre, Toronto, Canada. During the match, the animated rapper cheered and clapped for the American tennis player which became an image macro.

10. Drake The Type Of Dude/Nigga/Person/Guy

The emergence of this trend became from the microblogging website Twitter on which user @DJ_BERN posted a tweet on April 14th, 2011. The tweet: @b_ring cut it out. Drake the type of dude that let his woman propose. Since then, Twitter and Reddit have ample threads of Drake fans posting about his personality traits to mock the rapper’s sensitive character.

Let us know which one of these is the best Drake meme template in the comment section below! 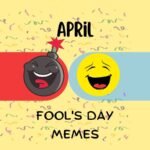 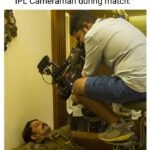