The Elon Musk Twitter meme template originates from the entrepreneur and investor Elon Musk’s tweets from the month of April 2022. After a weeks-long drama in which he first became the company’s largest shareholder, then attempted to buy it altogether, Elon Musk did finally acquire Twitter on April 25, 2022.

The sarcastic tweet by Elon Musk on April 28, 2022, read: “Next I’m buying Coca-Cola to put the cocaine back in.” The tweet is in response to people sarcastically suggesting Elon Musk buy different companies due to their existing problems. But why Elon Musk? Because the board of directors of Twitter agreed to a $44 billion takeover by Elon Musk, the CEO of SpaceX and Tesla, on April 25, 2022. 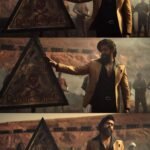