The Kaisa Laga Mera Mazak meme originates from the Sony Entertainment Television show The Kapil Sharma Show’s Season 1 Episode 75. The episode 75 featuring Shahrukh Khan And Nawazuddin Siddiqui as the guest was uploaded on youtube on 28 Oct 2017 is based on a funny and humorous discussion between Indian comedian Kapil Sharma, Bollywood actors Shahrukh Khan And Nawazuddin Siddiqui. In this episode, Dr Mushoor Gulati (the character played by Sunil Grover) says this dialogue when Nurse (the character played by Kiku Sharda) interrupts him in his discussion with Shahrukh Khan on his film Veer-Zaara when Dr Gulati referred the movie as Beer-Zaara. To which Gulati says, “Pata hai. Kaisa Laga Mera Mazak?” The popular use of Kaisa Laga Mera Mazak meme is to mock any belief or idea after making others believe in it for a moment. 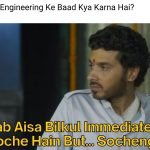 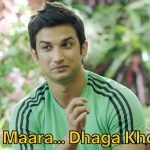