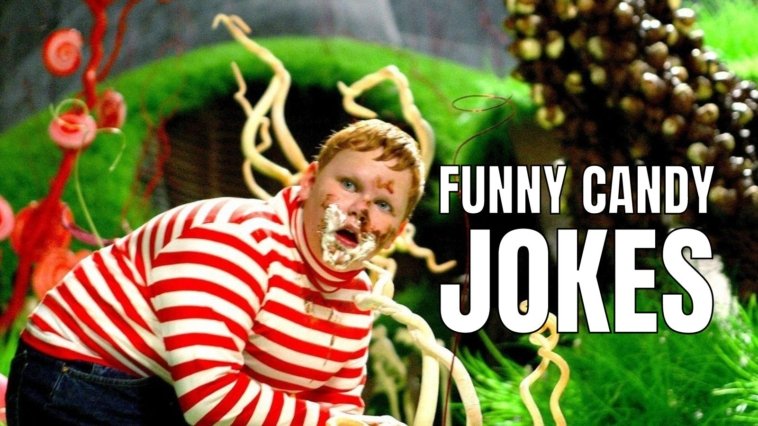 People often crack jokes about candy because it’s a fun and lighthearted topic. Candy is associated with childhood and indulgence, so joking about it can be a way to feel playful and nostalgic. Additionally, because candy comes in such a wide variety of colors, shapes, and flavors, it can be a rich source of wordplay and puns. Finally, joking about candy can be a way to bring people together and create a sense of camaraderie, as people can share a laugh over something sweet and innocent.

Let’s now read some of the funniest candy jokes.

What did the candy bar say when you asked for their pronouns?
Her/she.

What do a pistol and candy have in common?
When you pull them out of your backpack suddenly everyone at school wants to be your friend.

Do you remember those days when we used to use subliminal advertising to sell candy?
And, buy gum, it worked.

Yo mama so ugly, when she opens the door on Halloween, the kids give her candy.

What do you call an astronaut’s favorite candy?
Space Bar.

Did you hear about the fight in the candy store?
Turns out some sucker got licked.

What do you call a fire at a candy factory in Paris?
A Bon-bonfire.

Did you hear about the candy maker who was seeing double?
His mind was playing Twix on him.

Why doesn’t God like candy bars?
Because he doesn’t exist!

It’s so hot this summer, the Halloween candy at Walmart is starting to melt.

Did you hear about the candy vehicles from another planet?
They were Mars Bars Mars Cars.

What sort of candy can you use to write with?
Chalk-alate!

What is Karen’s favorite candy?
Entitle-mints.

How is music similar to candy?
It’s great, as long as you throw away the rapper.

What does candy do when you tell it a joke?
It Snickers.

What do you call a candy cane with graduated markings?
A measure-mint device.

A man is walking to work when he notices a young boy sitting on an empty candy wrapper-covered park bench.
The boy was about to open another candy bar from his stack when the man stopped him and said, “Young man, you really shouldn’t be eating this many candy bars.” Overeating sugar can cause a variety of medical problems, including premature death!”
The boy looks up, puzzled, and thinks for a moment before responding, “Well, my father lived to be 103.”
“Really?” the man sarcastically responds. “Did he gobble down candy bars like you are now?”
Without missing a beat, the boy answers, “No, but he knew how to mind his own fucking business.”

Jack has 69 candy bars. He eats 42 of them and then stops eating. What does he have now?
Diabetes.

Why didn’t the ghost eat his candy?
He didn’t have the stomach for it.

What do you call it, when a sugar daddy falls in love with a girl?
Candy Crush.

Why did the candy go to the doctor?
Because it was feeling a little hard on the outside, but soft on the inside.

What’s the most popular candy in Rwanda?
Tutsi Roll.

Do you know that there are two types of candy?
The good ones, and the ones dad eats.

Knock, knock.
(Who’s there?)
Candy.
(Candy who?)
Candy cow jump over the moon!

Why do Scandinavian kids visit candy stores the most?
Because it’s really Sweden there.

What did the candy say when it tried to escape from the wrapper?
“I’m nuts!”

A mother notices her son stuffing candy into his mouth.
“Stop,” she said, “you shouldn’t eat that much candy all at once.”
“Why?” her son inquired.
“Because if you eat too much candy all at once, your stomach will grow larger and larger until it explodes!”
The image of his stomach exploding scares the boy, so he stops eating candy.
The next day, the boy and his mom go to church, and the boy sits down next to a very pregnant woman. The boy looks closely at her stomach, then up to her face, and finally he says to the pregnant woman, “I know what you’ve been doing.”

How do you spell candy with two letters?
C and Y.

Who is the best candy (w)rapper?
Eminem.

What do you call a Greek who loves candy?
Pop-si-clees.

Do you remember a time when you could walk into the gas station with a quarter and leave with a candy bar and a coke?
Now there are cameras everywhere.

What is a dung beetle’s favorite candy?
Feces Pieces.

Did you hear about the candy cane who could talk?
He said what he mint.

If athletes get athlete’s foot, what do candy makers get?
Tic tac toe.

A young blonde Jenny returns home from school, munching on a candy bar.
Her mother inquires as to where she got it.
“Johnny gave it to me! All I had to do was climb the school flagpole! “she claims.
“Jenny, Jenny! You’re such a jerk. He was just looking up your skirt!”
Jenny exclaims, “Whoops!”
She returns home the next day, munching on another candy bar. Her mother inquires as to where she obtained it.
“You didn’t let Johnny look up your skirt and see your panties again, did you?” her mom asked.
“Oh no, momma! I fooled him good! I didn’t even wear any panties today!”

What is the devil’s favorite flavor of candy?
It’s caramhell with a bit of sin a man.

Why is it important to keep some candy in your pocket at all times?
It could be a lifesaver.

What do you call a goat covered in chocolate?
A candy baaaaa.

Why wouldn’t the crab share his Halloween candy?
He’s shellfish.

What is an astronaut’s favorite candy bar?
Milky way.

What kind of candy do monkeys like best?
Rhesus Pieces.

What is the saddest candy?
Disappoint Mints.

What’s the opposite of ladyfingers?
Mentos.

What kind of candy does a road like?
Pavemint.

What is Ghandi’s favorite thing to eat?
Candi.

What do you call a German candy maker in WW2?
A confectionaryan.

What type of candy can put on a good play?
Skit-tles.

What do you call a Moroccan candy distributor?
Fez dispenser.

What language do they speak in Candy Land?
Sweet-ish.

What is the Sun’s favorite candy?
Starburst.

A classroom teacher distributed candy to all of the students. She was having them all guess what flavor the candy was while she was doing this.
After distributing the first piece to the entire class, she inquires as to the flavor. Everyone said grape.
The following flavor was predicted to be orange, followed by cherry.
She distributes one last piece of candy to each student. However, no one knows what flavor it is.
The flavor being Honey she gives the class a hint “It’s what your mommy sometimes calls your daddy.”
After thinking for a bit the boy in the back screams, “Spit it out, it’s asshole.”

What do you call a priest in a candy shop?
A scout.

What is a cannibal’s favorite candy?
Mentos.

Jack and Jill went up the hill, so Jack could lick Jill’s candy.
Jack got a shock and a mouthful of cock, because Jill’s real name was Randy.

Have you got a better candy joke? Please leave your own candy puns and one-liners in the comment section! 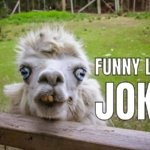