A standard wave emoji or decent night quote isn’t always enough. Whether you’re a night owl or an early sleeper, receiving funny good-night jokes from someone you care about could be just what you need for a restful night’s sleep. It could be your special someone — perhaps your girlfriend, boyfriend, sweetheart, BFF, homie, or even family.

Our collection of funny good night jokes and messages will not only make them smile but will also strengthen your relationship. These are just the puns you need to make all of you happy and have sound sleep and a good dream.

Did you know that in medieval times, people used to attach a lamp to a horse when riding at night?
It is the earliest known form of saddle light navigation.

Why do you go to bed at night?
Because it won’t come to you.

Why do British people struggle with getting a good night’s sleep?
Because the sun never sets.

What can never stay a night in a hotel?
Math, because it always checks out.

Have you heard about a class in school focused on getting a good night’s sleep?
They call it Rest Ed.

Why can’t bees fly during the night?
Because they’re too buzzed.

Knock, knock.
(Who’s there?)
Insomnia.
(Insomnia who?)
You have all night to figure it out.

What’s something long and hard that every Polish woman receives on the night of her wedding?
A new last name.

Where do skeletons go for a fun night out?
Anywhere as long as it’s a hip joint.

Where do chimps go for a night out?
The monkey bars.

What do you call a vampire who works the night shift at a fast food restaurant?
Count Spatula.

What does a dyslexic, agnostic insomniac do at night?
He stays up wondering if there really is a dog.

What’s Irish and stays out all night?
Patty O’Furniture.

When I was a kid, I once stayed up all night to see where the sun went.
Then it dawned on me.

Did you hear about Kim’s dream last night that he was vacuuming with the Grim Reaper?
He was Dyson with death.

Dad, do you know why it’s so dark at night?
No sun.

Why does the owl turn off its phone at night?
So it doesn’t get any hooty calls.

Why did the baseball catcher spend a night at the field?
He felt right at home.

Why did the baseball catcher spend a night at the field?
He felt right at home.

Where do sea cows sleep at night?
In barn-acles.

Sam: Hey Dave, I saw something really weird last night in the woods.
Dave: Oh yeah? What’d you see?
Sam: We’ll it’s kinda hard to explain, except it looked like a group of older women gathered around a fire, doing these weird chants and they started to get naked. I mean that could only mean one thing….!
Dave: Which is?
Sam: Exactly.

Did you hear about the neighbor who came banging on a guy’s front door at midnight?
Luckily for him, he was still up playing his bagpipes.

Why does a keyboard work day and night?
Because it has two shifts.

What’s the difference between a night watchman and a butcher?
One stays awake, the other weighs a steak.

What do you call a turtle that’s only awake at night?
A noc-turtle.

What fish only swims at night?
A starfish.

Knock, knock.
(Who’s there?)
Anxiety.
(Anxiety who?)
Anxiety who keeps me up all night.

How does a lawyer sleep at night?
He lies on one side then flips over and lies on the other side too.

Why are coyotes howling in the night?
Because they can only see the cacti during the day.

What does The Rock call the night his child was conceived?
Monday Night Raw.

What do bakers tell their children at night?
Breadtime stories.

A man spent the night in a haunted pub.
A ghostly police officer entered his room through one wall, crossed it, and exited through the other wall right when the clock struck midnight. The man was terrified and didn;t sleep for the whole night.
He told the landlord what he’d seen the next morning.
“Oh, that’s the inn spectre,” he said.

What’s big and hairy and sticks out of your pajamas at night?
Your head.

What does the farmer say to the cows at night?
It’s pasture bedtime.

What does a gingerbread man sleep with at night?
A cookie sheet.

What did Noah use to see at night on the Ark?
Flood lights.

Why did the paladin get lost in the woods at night?
He wasn’t that bright.

What does Jeff Bezos do every night before bed?
He puts his pajamazon.

What can you find in a dog park at night?
Some shady shit.

What happened to the cover band at the club last night?
They got arrested for impersonating The Police.

Did you guys hear about that Peanut who walked through the central park late at night?
He was a salted.

Every night, the sounds of loud aggressive pornography blast from my neighbor’s apartment.
We’ve tried talking about it but I don’t care what they say; I’m not disconnecting from their Bluetooth speakers.

Why does the Joker sleep with a night light?
Because he doesn’t like Dark Knights.

Why was Ariana Grande locked in her bathroom all night?
“Because she couldn’t Break Free.”

Yo mama so black, when she was trying to move her TV at night they said “We have a GHOST!”

Are you a drink that I would excessively consume the night before a major test in school?
Cause you are a hot-tea.

What do lady’s of the night eat at 3 am?
Hors d’oeuvres.

What do you call it when you are taking a number two at night with the lights off?
A spooky dookie.

Why do fishermen fish at night?
Because fish like late night snacks too.

What do they call Sylvester Stallone when he’s been studying for a test all night long?
Crambo.

How do you go 8 days without sleep?
Just sleep at night instead.

Why don’t scientists make people have night vision?
They’re in the dark too.

Why are sheep anxious at night?
Because so many people are counting on them.

What does a robot do after a one night stand?
He nuts and bolts.

What do you call a little nap on the couch before you go sleep in bed for the night?
A snors d’Oeuvres.

What do you call a female horse constantly making loud noises at night?
A nightmare.

Why did the nun keep waking in the night?
She had a bad sleeping habit.

Is there anyone else that still wets the bed at night and wants to talk about it?
We are looking to start a pee-er support group.

What do cows do on a Saturday night?
They go to the mooooo-vies.

Who do moths pray to at night?
“Lightning my Queen…!”

Whether you love to sleep, can’t sleep, or don’t care to – these night jokes hit hard. 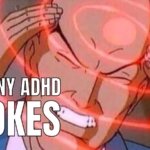 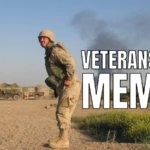