The origin of ‘Koi Sense Hai Is Baat Ki’ meme template dates back to 16th February 2020 when Anubhav Singh Bassi, a stand-up comedian uploaded a video named ‘Hostel’ on youtube. An instant relatability with the comedian’s hostel stories prompted the students to share the video. Soon, the video went viral in the hostels across India and the punch lines became popular. One of the lines in which Bassi says Koi Sense Hai Iss Baat Ki relates to the time when he and his friends wanted to make a name for themselves in their engineering hostel by drinking water from the seniors’ water cooler. Clearly, the story is made-up or must have been someone else’s story since Anubhav Singh Bassi is a former lawyer. 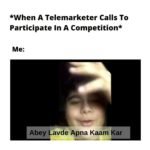 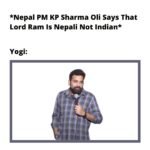