The Maa ch#d diye bhaiya ji meme originates from the 2020 Excel Entertainment’s web series Mirzapur season 2. In this Amazon Prime episode 8, Tauseef (the character played by Kundan Kumar) says this dialogue to Guddu Pandit (the character played by Ali Fazal) after the latter recites a rhyme. The cuss word used by Tauseef was used to heap praise on Guddu Pandit and its English translation is “You nailed it, bro.” The popular use of the Maa ch#d diye bhaiya ji meme is to compliment or applaud someone. 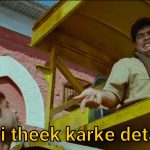 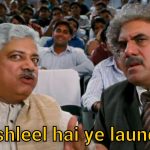