The Toh Kyun Madarch#d meme originates from one of the videos uploaded by Pramod Dubey on YouTube on 12th December 2017. The video titled “Pramod Dubey on Ram Mandir and Babri Masjid reply to Nasim Siddiqui” is an angry rant from Pramod Dubey who lives in Prayagraj (formerly Allahabad) on Nasim Siddiqui for his video on the demolition of Babri Masjid. Although the video went viral in January 2018, the memes took over in the month of November 2020 which used both upper and lower text of the meme. The upper text which usually starts with ‘Jab Tujhe…” mentions the intention of a person while the lower text mentions of it being a pseudo. The popular use of Pramod Dubey meme is to mock someone for being a deceptive person. 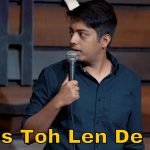 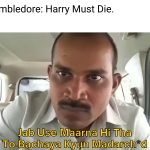