The video was originally posted by Instagram handle punjabicentral.official on April 29, 2019, that has amassed more than 30k views on the platform. In the video, the boy sitting in the car after lip-syncing the song tells the viewers to go for drugs and sex on the upcoming Friday night. Since then after each Friday, the virality of the video increased.

On April 19, 2020, a Reddit user u/Mrrc_26 posted the remix version of the video in the subreddit r/Peglaake and later released it on YouTube and Spotify. The English translation of Pancho Friday hai aaj is Today is Friday. 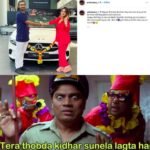 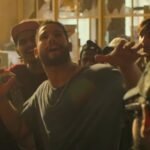