The origin of the Tanmanjeet Singh Dhesi meme dates back to 9th December 2020 during the live streaming Youtube video of UK Parliament’s session called Prime Minister’s Questions with British Sign Language. The session gives MPs the chance to put questions to the Prime Minister. Later in the session, Tanmanjeet Singh Dhesi, MP of Labour Party expresses concern about farmer protests in India, especially in Punjab. Also, he asks PM of UK to convey their anxieties to PM of India along with a speedy resolution to the current situation. To which PM Boris Johnson replies, “Our honourable gentleman knows that we have serious concerns about what’s happening between India and Pakistan but these are preeminently matters for those two government to settle and I know that he appreciates that point.” The reaction of Tanmanjeet Singh to the PM’s ignorant answer about the situation left everyone in splits. But it was the Twitter user @TheSquind who first posted the meme in a tweet on the microblogging social media website. The popular use of Tanmanjeet Singh Dhesi meme is to mock someone’s KLPD moment (generally a bad situation). 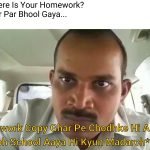 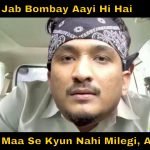