The Ee Sala Cup Namde meme originates from the 2018 edition of the Indian Premier League. After finishing last in IPL 2017, Royal Challengers Bangalore needed a huge boost going into the next IPL i.e., IPL 11. The Kannada fans of RCB started a social media trend ‘Ee Sala Cup Namde’ meaning this time around the cup is ours.

In fact, the slogan started by the fans was later adopted by the official social media handles of RCB too. Unfortunately, the slogan could do no wonders for the team as they finished 6th in the next edition. Wondering why Ee Sala Cup Namde is trending? One Twitter thread that went viral on 25 May 2020 is of the official Twitter handle of CSK trolling RCB by saying ‘Ee Saala Cup Umadey’ meaning the cup is yours this year. This jibe had ignited the roast war on social media among the fans. During the IPL 13, the fans were hopeful of a championship finish but the defeat to Sunrisers Hyderabad in Eliminator had given the rival fans an opportunity to roast them.

In almost every edition of IPL, the optimistic fans of RCB start this slogan whenever the results are favourable to the team from Bangalore only to be later trolled by rival fans. In the most recent case, IPL 2021 or IPL 14 might just be the season after the signing of Glenn Maxwell for 142.5 million INR withstanding a bidding war with Chennai. 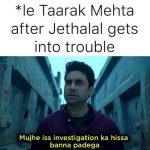 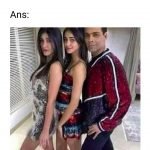