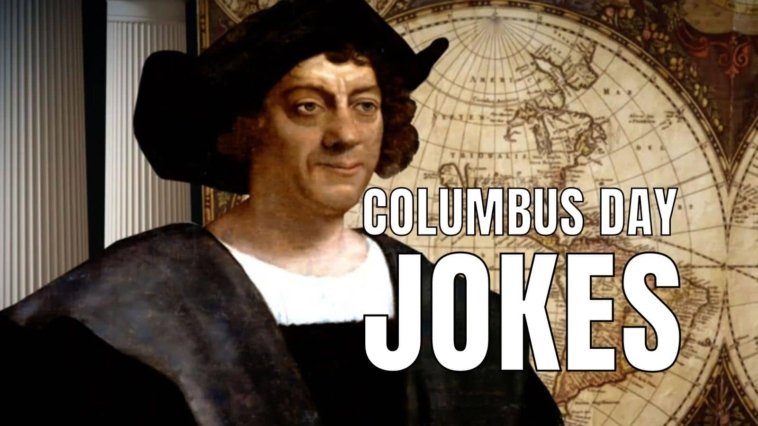 In 1934, President Franklin Delano Roosevelt declared Columbus Day (then observed on October 12) a national holiday. Columbus Day has been a federal holiday since 1971 when it was designated the second Monday in October. Parades are held in several cities around the country to honor the day. From 2021, the White House has issued proclamations for two upcoming holidays on Monday, October 10: Columbus Day and Indigenous Peoples’ Day.

The tension between Columbus Day and Indigenous Peoples’ Day derives from Christopher Columbus being one of the first colonizers to arrive in North America. The expeditions from Spain and other European countries resulted in one of the most massive and heinous genocides in human history. Native Americans in North and South America had their populations wiped out by smallpox and the violent subjection wrought by European colonial settlers. While some people may reject celebrating Columbus, they can’t reject these jokes.

Did you hear about the store offering a Columbus Day sale?
It means you can walk in, take whatever you want, and kill anyone who tries to stop.

Yo Mama is so fat, Christopher Columbus thought she was the new world.

How did Christopher Columbus find India?
He used Apple Maps.

What do Jesus, Columbus, Washington, Lincoln, and MLK have in common?
They were all born on holidays.

What happened in 1492?
The Spanish Inquisition.

What type of bus can cross the ocean and seas?
A Columbus.

How did Columbus discover the New World?
He sailed there occidentally.

How are some people celebrating Columbus Day?
By getting lost in the grocery store while looking for the spice aisle.

How are others celebrating Christopher Columbus day?
Barging into your neighbor’s home and claiming it as yours.

How did Columbus greet the Native Americans when he first landed in the Americas?
With new diseases.

What if we never had Columbus?
We wouldn’t have the first two Harry Potter movies. Happy Chris Columbus Day!

What did Christopher Columbus’ mother keep telling him?
“I don’t care what you were busy discovering and where, you could still have dropped a two line letter!”

What is similar between Christopher Columbus and a meteorite?
One discovered a new world while the discovered the dinosaurs.

What do you say when you make a Columbus Day joke a day late?
“Guess that ship has sailed.”

Did you know that the Indians, Braves, and Redskins lost yesterday?
Yesterday was Columbus Day.

What was the last thing that Columbus said to his sailors before getting on the ship?
“Okay men, get on the ship.”

What do you do when you receive an email from an airline inviting you to “Discover America?”
Reply to them with a link to the Wikipedia page about Christopher Columbus.

After Noah led the animals onto the ark, two by two, it started to rain for 40 days and 40 nights. After the 15th day, with all the animals cooped up together with no designated toilet area, the ark began to smell. So Noah, being a wise old Noah, decided to set up a designated shitting area at the bow of the ark. He then called the animals in for a meeting. He proceeded to tell them about the newly designated shitting area. After the 20th day, there was so much shit gathered at the bow that the ark began to tilt, leaving the stern raised making it near impossible to play pool. So, being a wise old Noah, he once again had a plan. With the help of the big animals such as the elephants and rhinos, he rolled up all the shit into one huge ball and threw it overboard into the ocean.
325,000 years later Christopher Columbus discovered it.

How much oil did Christopher Columbus need to reach America?
3 Galleons.

Did you hear that 23% of the crew aboard Christopher Columbus’ ship Santa Maria were named Juan?
That’s almost a three to Juan ratio.

How do Native Americans celebrate Columbus Day?
They walk into your house and say, “We live here now.”

Did you know that Christopher Columbus was responsible for the extinction of the Taíno people?
It’s weird, because you probably haven’t even heard of them.

What type of guy Columbus is?
The person who comments “First” on a post even though they are not the first.

Why do Native Americans watch the movie 1492 backward?
Because they want to see a happy ending.

How did the crew of the Santa Maria wash their clothes?
They used tide.

How did Christopher Columbus stay up-to-date on the news during his voyages?
By following current events, of course.

Dad: Son, what do you want to become when you grow up?
Son: Dad, I want to be like Christopher Columbus.
Dad: An explorer? That’s great, son.
Son: No, I want to get lost, spread diseases, steal tobacco, and still be celebrated.

Why was Columbus not the bravest explorer of all time?
Its the Internet Explorer which is brave enough to ask to be the default browser.

Why do Indians don’t celebrate Thanksgiving?
They would if Columbus had stopped to ask for directions.

Did you hear about the weekly poker game with Vasco da Gama, Christopher Columbus, Leif Erikson, and Francisco Pizarro?
They can never seem to beat the Straights of Magellan.

Why did Columbus take to the sea?
He was convinced that the world would not B flat.

Why is the capital of Ohio named after Columbus?
Because you’d have to get really friggin lost to end up there.

When did Christopher Columbus arrive in the USA?
On Columbus day.

What did Columbus say when he discovered America and met Indigenous people?
“O, hio.”

Why did Christopher Columbus get lost?
Because the directions weren’t pacific.

Why did Christopher Columbus pull a bunch of Swiss chard out of the ocean?
He wanted to be in uncharded waters.

Why was Christopher Columbus drunk on his trip to the Americas?
He was quartered on the port side.

The teacher took a seat at the front of the classroom.
“Does anyone know what day it is this Monday?” A little more than half of the kids raised their hands. The teacher picked one of them.
“It’s Columbus Day!” exclaimed the kid. The teacher nodded. “It is. Can anyone tell me why we celebrate it?”
Only one kid raised her hand this time.
“Today is the day that the Indians discovered Columbus!”

What animal was Christopher Columbus the most afraid of?
A Navi-Gator.

When Columbus was accused of rushing through the harbor, what did he say?
“I did knot.”

What was Columbus’s favorite letter of the alphabet?
C (Sea).

Why couldn’t the crew on the voyage to the Americas play cards?
Columbus was standing on the deck.

What happens when you cross Columbus Day with Halloween?
Ghoulumbus Day.

What’s the difference between Christopher Columbus and the Scarecrow from the Wizard of Oz?
One left his Spain behind and the other left his brain behind.

How did Christopher Columbus pay for his trip to the new land?
He used his Discover card.

What baseball team did Columbus cheer for?
The Mariners.

Why did the map always get into trouble with Christopher Columbus?
It had a bad latitude.

What’s the difference between Mexicans and Christopher Columbus?
Columbus did enter America.

If Christopher Columbus was born the opposite gender, what would he explore for?
Women’s rights.

What is Columbus’s favorite nursery rhyme?
One little Indian.

Have better jokes about Christopher Columbus? Post your pun on his day in the comment section below! 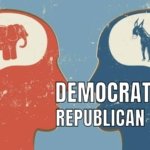 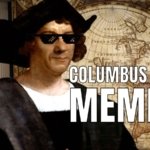