Guess Who Jokes And Puns

The ‘Guess Who’ jokes are one of the variations of ‘Guess what’ jokes. It should not be confused with the Guess Who game, a fun two-player board game for children aged six and above. In it, the goal is to figure out your opponent’s mystery character before they do.

The most effective guess who jokes experiment with the concept of guessing a complex scenario. However, once kids catch on, hitting them from left field with something downright bizarre and unbelievable is also fun.

Guess who I bumped into on my way to the optician?
Everyone!

Guess who just woke up to 19 missed calls and 30 messages from his ex?
My ex.

Guess who’s getting some head tonight?
My pillow.

Guess who doesn’t want to become a millionaire?
A billionaire.

Guess who went to the jungle last night without telling his wife
A cheetah.

My girlfriend left me so I stole her wheelchair.
Guess who’s come crawling back.

Cardi B has a cousin who is a fitness trainer. Guess what’s her name?
Cardi O.

I found a prostitute who said she would do anything for $20.
Guess who just had his kitchen painted?!

Guess who I saw today?
Everyone I looked at.

Guess who were the best presidents of America?
JFK and Abraham Lincoln. They were pretty open minded people.

Guess who led the Jewish people across a semi permeable membrane?
Os-Moses.

Guess who can drink 10 liters of petrol and not get sick?
Jerry can.

Guess who were the greenest Presidents in US history?
The Bushes.

There is a zombie who writes music. Guess who?
The decomposer.

There is a priest who became a lawyer. Guess who?
A father in law.

There is a woman who has 4 sons that are all CEOs. Guess who?
An executive producer.

A little boy made of pasta comes to life. Guess who?
Pi-gnocchi-o.

Jar Jar Binks has a brother who is a famous author. Guess who?
Jor Jor Well.

Guess who has two butts and kills people?
Assassins.

Guess who was the roundest knight at the Round Table?
Sir Cumference. He had too much pi.

Guess who named the Covid variants?
WHO does.

Guess who is the smallest TV actor?
Mike Rowe.

Guess who Polyphemus hates more than Odysseus?
Nobody.

Guess who won the art contest?
Nobody, it was a draw.

Guess who owns bitcoin at a party?
Don’t worry, they’ll tell you.

Guess who’s the most popular guy at the nudist colony?
The one who can carry a cup of coffee in each hand and a dozen doughnuts.

Guess who comes out of the kitchen If gay people come out of the closet?
Pansexuals.

Who was the cheesiest singer that ever lived?
Feta James.

Guess who is an auctioneer’s favorite rapper?
MC Hammer.

There is a soldier who survived both mustard gas and pepper spray. Guess who?
A seasoned veteran.

Guess who is in favor of bringing Roman numerals back into use?
I for one.

Guess who masturbates with ice?
Coldplay.

Guess who was the most egotistical Hobbit?
Bilbo Braggins.

Guess who has a big nose and can predict the future?
Nostrildamus.

Guess who made the fish’s wishes come true?
Its fairy cod-mother.

Guess who is a human trafficker’s favorite rapper?
Sold ya boy.

Guess who are the only people allowed to do school shootings?
Photographers.

Guess who was the most successful man that was a doctor and held the title of royalty?
Dr Martin Luther King.

Guess who was the first carpenter?
Eve. She made Adam’s banana stand.

Guess who cooks in a lesbian relationship?
Neither, they just eat out.

Guess who gets only tulips?
Men. Women get four!

Guess who is the sluttiest character in Dune?
Duncan Idaho.

Guess who comes after 69
Me. 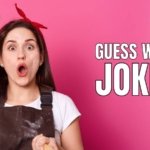 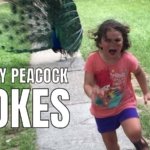