Guess What Jokes For Kids and Adults

There is a difference between a bad joke and a dad joke. Guess what? The first letter. Yes, we can hear your groans from here. Guess what phrase is used to introduce something you want to tell someone, especially when you are pleased or excited about it. The beginnings of Guess what jokes are derived from a verbal game in which person A asks, “Guess what?” “What?” asks person B. “Chick butt!” says person A.

They have other variations as well like – guess who, guess why, guess where or guess when jokes. These might be naive to some but for others, it is a chance to be creative in humorous ways. While adults use it in a flirtatious way, most use it when they have to guess the answer to the ‘Guess what?’ question.

My girlfriend told me women are better at multitasking than men. So I told her to sit down and shut up. Guess what?
She couldn’t do either.

Guess what my grades and whales have in common?
They rarely rise above the “C” level.

I just got a wooden motorcycle. It has a wooden frame, wooden handle bars, wooden wheels, and a wooden seat. Guess what?
It wooden start.

Guess what came in the mail today?
I did. We’re out of tissues.

Guess what we have right now?
Your attention.

Guess what country has the best strippers?
Pole-land.

I’ve recently discovered that I can tell what type of facial hair someone has hidden behind their mask. Guess what?
I think I might be hairvoyant.

Guess what happened when the rock star threw feces at the audience?
The shit hit the fan.

Guess what two cannibals did for dinner in Prague?
They split the Czech.

Guess what I got my toilet for birthday?
A Urinal cake.

I asked my amputee daughter if she could guess what we were having for dinner tonight.
She replied, “I don’t know dad I’m stumped.”

Guess what I found in the creepy old professor’s closet?
Narnia business.

I won a wet t-shirt competition. Guess what I got?
Pneumonia.

Guess what stores are opening in Afghanistan?
Targets.

I have this weird ability to guess what is inside a wrapped present.
You can say ….it’s a gift.

My ex-wife recently passed away. Guess what she got on her gravestone?
My urine.

I took a dyslexia test online, but as it turns out it was actually a dysphoria test, so guess what…
I’m a gril who can’t raed.

Guess what Johnny English found when he collected a pod in the snow?
Moist Bean.

They trained monkeys to do gymnastics. Guess what they gave them as a reward?
Banana splits.

My Wife is coming home after a week-long trip. Guess what I’m getting tonight?
Yelled at…I’m getting Yelled at!

If Daenerys from Game of Thrones married Khal Moro instead of Khal Drogo, guess what she would’ve named her biggest dragon?
Moron.

I have a famous turtle. Guess what it’s called?
Shellebrity.

Guess what happened when I practiced good oral hygiene alongside the grim reaper?
I had a brush with death.

One time a Persian guy tried to fight me, guess what I did?
Iran.

I heard at the prison, they now allow prisoners to take their own mugshots. Guess what?
Now, they’re taking cellfies!

Starting a Chippendales club in Utah, guess what it’s going to be called?
Mor-men.

Guess what I heard?
Cattle.

Guess what I found on the web today?
A spider.

Guess what happened at the monastery?
Nun ya business.

Guess what my Dad said when I handed him his 55th birthday card?
“Thanks Son, but one would be enough.”

A florist named Chris started a band with 3 of the neighborhood mums. Guess what they called the band?
Chrysanthemums.

Guess what fruit hit me in the back?
It was a spineapple.

Guess what position a ghost plays in a hockey game?
The Ghoulie of course!

I have a dog called Minton. Guess what I call him when he does something naughty?
Badminton.

Just the other day I had this delicious juicy burger. Can you guess what I ate it with?
I ate it with my mouth, of course!

Guess what I found on top of the secret files?
It was the top secret file.

My wife and I were having an argument and you’ll never guess what my cat said when I asked him to back me up.
Leave meow-t of this.

The flash, Batman, and Superman create a standup group. Can you guess what they’re called?
The DC Comics.

Guess what my father calls his miscellaneous screw drawer.
All you can screw.

When Qui-Gon-Jin went shopping at Darth mall, guess what he got?
Half Off!

I went to a bar with my friends last night and guess what the bartender said to me?
I honestly don’t remember. Now I got a real headache.

Guess what the ocean said to me?
Nothing, it just waved.

One butt cheek tells the other. Guess what?
“Together, we can stop this crap.”

Guess what I got at the beach?
Sandy.

Guess what kinds of shirts the terrorists wear in Counter Strike?
T Shirts!

So a Scotsman made an exam, and guess what?
He totally kilt it.

Guess what did Lil Jon say when his credit card transaction was denied?
“TURNED DOWN FOR WHAT?!”

There is a three-letter word that starts with gas. Guess what?
Car.

There is something worst about apple addiction. Guess what?
You can’t see a doctor about it.

There is a specie of dinosaur which is known for riding a bike without a seat. Guess what?
Megasaurass.

There is a least spoken language in the world. Guess what?
Sign language.

Alabama has a favorite vegetable. Guess what?
The pump-kin.

There is something worse than finding a worm in your apple. Guess what?
Finding half a worm.

There is a vegetable should you never bring on a boat. Guess what?
Leek.

There is a difference between Jesus and a painting of Jesus. Guess what?
It only takes one nail to hang a painting.

Guess what happens when a frog parks illegally?
It gets toad.

Santa is suffering from a phobia after getting stuck in a chimney. Guess what?
Claus-trophobia!

There is a difference between a piano, a can of tuna, and a glue stick. Guess what?
You can tuna piano, but you can’t piano a tuna.

All giants have pronouns. Guess what?
Fe/Fi/Fo/Fum.

My friend drowned, so for his funeral we put a life preserver on his coffin. Guess what?
It’s what he would have wanted.

There is a difference between ignorance and indifference. Guess what?
I don’t know, I don’t care.

Guess what happens when you sing country music backward?
You get your wife and job back.

A math teacher has 5 bottles in one hand and 6 in the other. Guess what?
She has a drinking problem.

Guess what kind of candy a sidewalk eats?
Pave-mint.

There is a difference between Aluminum Man and Iron Man. Guess what?
Iron Man stops the villain while Aluminum Man foils their plans.

Guess what word starts with E and ends with E but only has one letter in it?
Envelope.

Guess what has 4 wheels and flies?
A garbage truck.

Guess what vegetable is sorta cool, but not THAT cool?
Radish.

Yoda saw himself in 4k. Guess what he said?
“HDMI.”

I surveyed 100 women on what their favorite shampoo is. Guess what’s the popular response?
94% of them replied, “Get out of my shower!”

The VP of Ford becomes a vampire. Guess what they call him?
Autoexec.bat.

If being sexually active reduces the chance of developing prostate cancer, guess what I am doing tonight?
Developing cancer.

The inmate said something before he got executed by an electric chair. Guess what?
“I wouldn’t be shocked if that didn’t work.”

There is a way to apologize using dots and dashes. Guess what?
Remorse code.

There is a kind of tea that is hard to swallow. Guess what?
Reality.

There is a lowest rank in the army. Guess what?
It’s Private.

Guess what’s the first bet that most people make in their lives?
The alpha bet

Have a better guess what joke? Let us know in the comment section below! 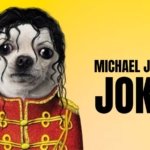 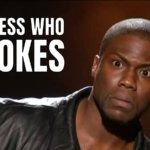