The Agli Baar Dushman Haanth Laga meme originates from the 2020 Excel Entertainment’s Web series Mirzapur Season 2. In the Amazon Prime Video series, Guddu Bhaiya (the character played by Ali Fazal) says this dialogue after the killing of his wife and brother by Munna Bhaiya (the character played by Divyendu Sharma). The popular use of Agli Baar Dushman Haanth Laga Toh Bachega Nahi meme is to express the emotions of vengeance. 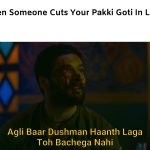 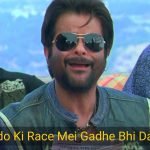