The Are Mori Maiya meme originates from the 2011 film Harry Potter and the Deathly Hallows – Part 2. In this eight and final instalment of the movie series, Professor Severus Snape (the character played by Alan Rickman) is in the Crystal Boathouse attacked by Lord Voldemort and later bitten by Dark Lord’s pet Nagini just before his death. Unfortunately, this scene could never make out to the original movie or DVD and is acquired from behind the scene production of the movie. The western millions know this meme as ‘Snape Dafuq’ and Indian millions adapted into more of desi version of “Arey Mori Maiya Je Ka Dekh Lao” which means “Ohh Mother! What have I seen?” The popular use of Are Mori Maiya meme is to show the expression of surprise along with fear. 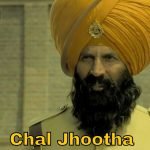 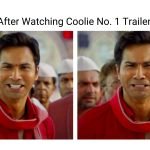