The Godzilla had a stroke meme originated from the behind-the-scenes images of the 1954 Japanese kaiju film Godzilla directed by Ishirō Honda. For the kaiju monster flick, special effects creator Eiji Tsuburaya had something really unique in mind ie., combining a man (Suit actor Haruo Nakajima) in a rubber Godzilla suit weighing 200 pound-plus.

Later, when the behind-the-scene images came up, one of the images had a two-wheeled handcart loaded with the Godzilla suit. Later this image along with the text “Godzilla had a stroke trying to read this and fucking died” became a meme.

On December 7, 2010, Flickr user Paul Ferguson posted the behind the scene image of the Godzilla lying in a two-wheeled handcart. On July 25, 2012, Vintag confirmed that the images were indeed from the 1954’s first instalment in the Godzilla franchise.

The image took a humorous turn when Cheezburger posted the same image with the caption “Godzilla taking a nap” on January 16 2014. The post received 166 upvotes on the platform. On May 25, 2019, iFunny user Titanus_Mosura posted the image with the text “Godzilla had a stroke trying to read this and fucking died.” Till now, the post has received more than 7k upvotes on the platform. 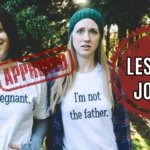 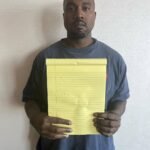