The Godzilla vs Kong meme originates from the 2021 American movie Godzilla vs. Kong after the Hollywood movie trailer was released on 24th Jan 2021. The trailer released on the official Warner Bros. Pictures Youtube handle depicted the face-off between Godzilla and King Kong that went viral depicting the fight between two epic creatures of Monsterverse. The popular use of the Godzilla vs Kong meme is to poke fun when two heavyweights face-off against each other. 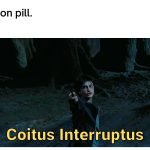 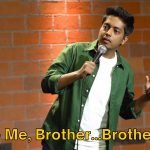