The Ja Simran Ja meme originates from the 1995 Indian film Dilwale Dulhania Le Jayenge. In this Bollywood movie, Chaudhary Baldev Singh aka Babuji (the character played by Amrish Puri) says this dialogue to Simran Singh (the character played by Kajol) when he realises that no one loves his daughter more than Raj does and allows her to board the train. This meme was posted by the official Twitter account of Press Information Bureau to aware the citizens about their responsibility and duty to vote during the 2019 Indian general elections. The popular use of Ja Simran Ja meme is to mock someone who just realised his mistake but tries to make amends for it. 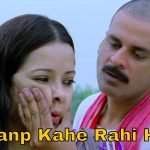 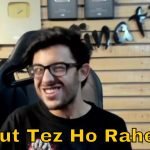