The Nikal Lavde meme originates from the video uploaded by Hindustani Bhau on 26 February 2019 on his YouTube channel (now deleted by YouTube) titled ‘Tu Bhi Nikal Lavde.’ One of the screenshots which went viral from the video is the one in which he says, “Nikal Lawde. Pehli Fursat Me Nikal.” The video was uploaded by Vikas Phatak a.k.a. Hindustani Bhau to troll Indian Poet and lyricist Javed Akhtar for his statement on not to ban Pakistani artists as restricting art in the name of cultural damage is wrong. 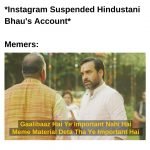 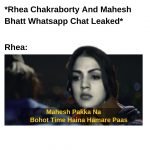