The Tapa Tap Tapa Tap meme originates from the video of the official YouTube handle of Hindustani Bhau (now deleted). Vikas Fhatak, often known as Hindustani Bhau, is an Indian YouTuber whose videos went viral in 2019. His videos are known for his typical Maharashtrian/Mumbaikar accent and delivery of nasty language, which he uses to primarily criticise Pakistan and other YouTubers who are Pakistani sympathizers. On September 16, 2019, Hindustani Bhai uploaded a roast video against Waqar Saghir, a YouTuber from Pakistan and slammed him for supporting Sajida Ahmad. The video was sensationalized due to the very rough phase of international relationships between India and Pakistan and found its way to the screens of Indian youth. Since then, the moment in the video is used as memes but the channel was taken down by YouTube for violating the rules. The phrase “Tapa Tap Tapa Tap” has two meanings i.e., used for expressing an act of thrashing or beating and the other one refers to sexual sounds. 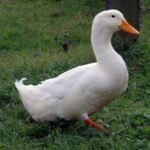