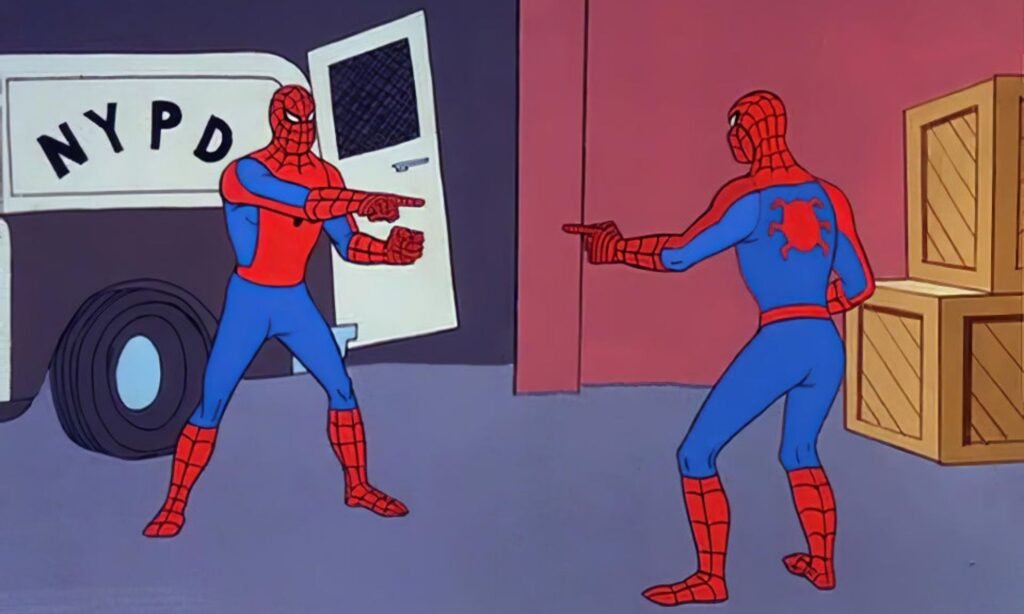 The Spiderman pointing meme originates from the 1967 animated TV series Spider-Man that aired on ABC television network. Season 1 was produced by Grantray-Lawrence Animation and Ray Patterson was the producer. Most of the season’s episodes had consisted of two-story segments per half-hour episode. In episode 19b “Double Identity”, there is a moment when Spider-man confronts Charles Cameo, an impersonator who steals a valuable manuscript. From this moment, the two Spiderman pointing at each other meme came became popular and was used by people while encountering a confusing situation of similar identity.

The origin of the two Spiderman pointing at each other meme can be dated back to 5th February 2011 on Sharenator. The blog contains various image macros from the 1967 animated Spiderman TV series. On 26 June 2012, Funnyjunk user generalshawn posted a comment using the same image with the text “SAMEFAG” on a picture of YouTube comments in which the user was arguing with himself. Later, the text on the image was changed and posted by a 9gag user u/stormrdr on 20 November 2012. Since then there have been multiple instances of the meme and its variations being used on various social media platforms like Tumblr, Twitter, Reddit and Facebook.

On 3rd July 2019, Reddit user u/drsleep007 posted another variation of the meme in the subreddit r/memes that introduced the 3 Spider-Man pointing at each other.

On 1st December 2018, with the release of Spider-Man: Into the Spider-Verse, the 2 Spiderman meme was recreated in the end-credits scene. In the computer-animated superhero film’s end credits, Miguel O’Hara appears and starts bickering with Peter Parker in the cartoon from1967’s animated TV series, thereby recreating the meme.  Miguel is the one who stars in a Spider-Man comic titled Spider-Man 2099. On 13th December 2021 with the release of the third movie in the series Spider-Man: No Way Home co-produced by Columbia Pictures and Marvel Studios and distributed by Sony Pictures, it was confirmed that the 3 Spiderman meme was recreated by the actors Andrew Garfield, Tobey Maguire and Tom Holland. On 23rd February 2022, the official Twitter handle of Marvel Entertainment did tweet the image of the 3 actors thereby making the meme real. 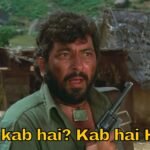 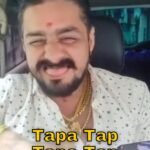