The Twisted Tea meme started trending after a Twitter user @terencessb posted a video of a dude using racial slurs being smacked in the head by a can of Twisted Tea. The video posted at 1:02 am CST on 24th December 2020 is not the original video as the user only wanted to share it for the sake of joy seeing a racist getting the right treatment. The incomplete video starts with a white man using the ‘N’ word multiple times for a black man Barry Barns who was standing in the line at the Convenience Store at 402 E Broad Sreet, Elyria, Ohio, US to buy beer. The multiple provocations led to the person pick up a can of Twisted Tea Hard Iced Tea Original and ultimately he smacked the face of the man who literally asked for it. Learn more in this interview video of Barry and his wife Nicole.

Soon, the video went viral after it was shared by celebrities like Snoop Dogg, Rex Chapman, and others. The meme which was started and later used by various Twitter and Reddit users to create jokes, relate and outpour their frustrations might just be the last meme trend of the year 2020. The popular use of Twisted Tea meme is to express frustration over a person or thing whom the character wants to hit badly. 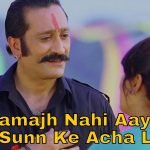 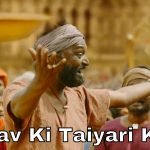