People believed that only a few things are unaffected by the passage of time. The royal throne is one of them, if not the only one and now it has tasted the time. As the United Kingdom mourned Queen Elizabeth II’s death, both on the ground and online, the diaspora of the British Empire’s current and former colonies reacted, well, differently. Yes, the Queen jokes and memes are all over the internet. It was filled with puns, ranging from Diana to King Charles III’s new era.

We can all agree that it’s the end of an era, whether you were a fan of hers or support the British Monarchy. Furthermore, all royalty is mortal.

Did you hear that Queen Elizabeth II may have made it to 96 before she died?

But Princess Diana made it to 120.

Queen as a whistle.

How do you know Liz Truss is a master at political chess?

She opened with a queen sacrifice.

Why did Prince Andrew get the Queen’s corgis?

Because he’s the most experienced groomer in the family.

What happens if you cross Queen Elizabeth II and Prince Phillip?

You die in a car accident in Paris.

At the royal gathering.

Queen Elizabeth II: Wear a seatbelt and don’t piss me off.

Why are there forecasts of drought in England?

Because the Queen rain has ended.

How does a queen in a straitjacket flip a light switch?

Off, with her head.

What did President Biden say after he was informed that the Queen has died?

“That’s a shame. I really liked their music.”

How was Queen Elizabeth II defying the rules of chess?

By outliving the king.

Why is the UK not returning Koh-i-Noor to India now that the Queen is no more?

If they start giving everything they robbed, The British Museum would be empty.

Why do UK people complain about bad weather?

Queen Elizabeth managed to get through 70 years and 214 days of continuous reign.

What do the Queen and Elvis have in common?

They both died on the throne.

Did you hear about the Queen’s burial in St. George’s Chapel, on the grounds of Windsor Castle?

People are just dying to get in there.

Why the other guests are supposed to pretend like nothing happened If Queen accidentally farts during dinner?

Noble gases should have no reaction.

How do you know that Queen was a Ronaldo fan?

Queen Elizabeth sat through Hitler, the Cold war, and the threat of Nuclear war but watching Ronaldo play in the Europa League is where she drew the line.

What’s it called when a King and Queen have no children?

What is the difference between turning 16 and turning 100 in the UK?

Queen Elizabeth and Dolly Parton die on the same day, and both go before an Angel to find out if they’ll be admitted to Heaven.

Unfortunately, there’s only one space left that day, so the Angel must decide which of them gets in.

The Angel asks Dolly if there’s some particular reason why she should go to Heaven.

Dolly takes off her top and says, “Look at these, they’re the most perfect breasts God ever created, and I’m sure it will please God to be able to see them every day, for eternity.”

The Angel thanks Dolly and asks Her Majesty the same question.

The Queen takes a bottle of Perrier out of her purse and drinks it down. Then, pees into a toilet and pulls the lever.

The Angel says, “Ok, your Majesty, you may go in.”

Dolly is outraged and asked, “What was that all about, I show you two of God’s own perfect creations and you turn me down. She pees into a toilet and she gets in! Would you explain that to me?”

“Sorry Dolly, says the Angel, but even in Heaven A Royal Flush Beats a Pair No Matter How Big They Are.”

What is the difference between Queen Elizabeth and Paul Walker?

Paul walker made it to 100 before he died.

What do you call a Russian homo who’s been knighted by the Queen?

Did you hear about the Queen’s death?

All British music is now Royalty-Free.

Did you know Queen did Hip Hop too?

They had released a Bohemian Rap CD.

St Peter lets her in and gives her a tour around the heavenly garden.

“Here are all your family members, previous pets and people of historical significance during your reign.”

Liz looks around this multitude of people who wave at her, smiling. Suddenly she stops and calls St.Peter aside.

“What the F***? Diana has a bigger halo than me! I reigned for decades, saw my country through wars and depressions and wars again, and gave freedom and peace to nations all around the world, surely I deserve a bigger halo than her!!”

“Your Majesty, that is a steering wheel…”

What do you get when you cross Prince Charles and Queen Elizabeth?

Dead in a tunnel.

Why is Chess banned under Islam?

They hate that the queen moves freely.

Why was the Queen in a hurry to get to the pool at Westminister?

She didn’t want to be late for her chlorination.

Why would the Queen let Netflix use her likeness in “The Crown”?

She probably gets royalties.

Where does the Queen keep her armies?

Why did the Queen go to the dentist?

She broke her crown.

The King of France, King of England, and King of Spain are arguing about who has the largest willy.

They eventually decide to let the people decide. They all stand on a stage in front of the audience, one by one, and drop their pants.

The French crowd yells “Viva la France!!” as the King of France drops his pants.

The Spanish crowd yells “Viva la Espaa!!” as the King of Spain drops his pants.

The King of England drops his pants, but the crowd falls silent for a long time before shouting, “God save the Queen!”

How does the Queen of England open her front door?

How do French bees depose their queen?

Did you hear that the queen has been on the throne for 70 years?

People had some long trips to the bathroom, but that seems extreme.

How does the Queen of England get around Buckingham Palace?

With a nobility scooter.

What did the Queen say when everyone left the hive?

Why the Queen must be afraid of Thor?

The Queen takes the visiting Pope for a ride in a horse carriage through London.

Suddenly one of the horses farts very loudly.

“Oh my goodness, I am so terribly sorry!” apologizes the embarrassed Queen.

“Oh don’t worry about it” the Pope replied “If you hadn’t said anything, I’d have just thought it was one of the horses!”

When the queen has to miss a royal event, what does she say?

“I’m sorry, I’ll have to take a reign check“

What kind of fee does the Queen of England charge when she knights someone?

Why is the Queen always right?

Because she’s on the money.

What do you call gossip about kings and queens?

Who is the queen of school supplies?

What do you call a stoner queen?

When she got there, she was informed that she would be reincarnated. However, she could choose which animal.

“One has always thought reindeer are majestic.” She said. So sure enough, a moment later she found herself in the form of a reindeer.

Grazing happily in England’s green and lush fields, the Queen was feeling very regal. But to her annoyance, some kids walked past and didn’t seem to recognize her.

“Look, a deer!” Shouted a kid, pointing. Oh, deers are common creatures, thought the queen. She ignored the kids.

“No, it’s an elk!” Said the next kid. The queen ignored them but was growing more annoyed.

“I know, it’s a moose! Said the third kid. At this point, Queen Victoria lost it, and yelled

What do you call a cow who’s been knighted by the Queen?

What is it like when Queen just phones you to say you have won a knighthood?

“It was a complete Sir prize.”

Why do kings and queens do so well in school?

They know all their subjects.

What do you call a gay milk man?

Why is the queen’s toilet so good at poker?

It always gets royal flushes.

What did Gandhi say while having dinner with the Queen of England?
“Could you pass the salt?”

Did you know the queen has a vape pen?

She calls it her crown Juul.

How did Burger King get Dairy Queen pregnant?

He forgot to wrap his whopper.

Why are queens more powerful in chess than kings?

Have a funny joke on Queen Elizabeth II? Post your Queen puns in the comment section below. 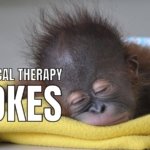 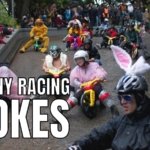