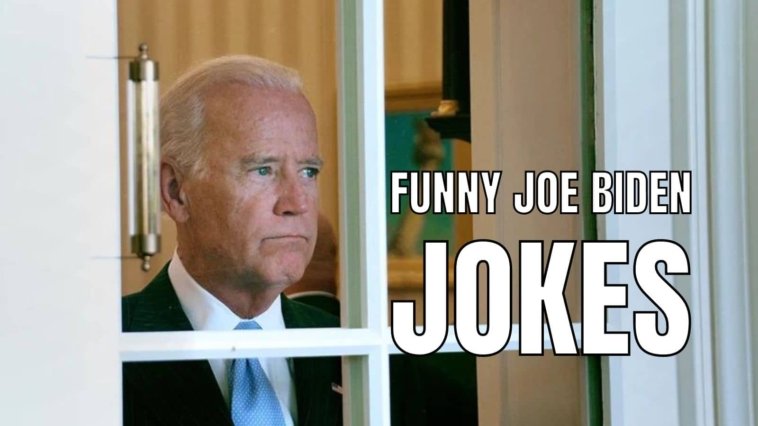 Joe Biden is commonly referred to as Uncle Joe because of his tendency for verbal gaffes and humorous facial expressions that appear at inopportune times. Isn’t there an uncle like him someplace in our family tree?
Just like any other US President, Biden has long been a popular target for jokes. He has been drawing smirks from his adversaries ever since assuming the presidency of the United States. Biden appears to have been embroiled in such ‘awkward moments,’ from referring to Kamala Harris as the first lady to referring to Michelle Obama as vice president. We have put the list of the best Joe Biden jokes.

Did you hear that President Biden ordered an F16 missile attack to destroy the Chinese spy balloon?
Americans are thrilled. It’s the first thing he’s done to combat inflation.

Who would win in a street fight between Joe Biden and Donald Trump?
Everyone watching.

Why are Joe Biden’s approval numbers so low?
They are adjusted for inflation.

Trump and Biden go to a bar.
FBI goes next year to find classified documents there.

What are the differences between Santa and Joe Biden?
The kids actually want to sit on Santa’s lap.

Joe Biden walks into the White House kitchen.
“Are those brownies, I smell?”, he asks.
“Indeed, they are.”, he was told.
“Gee”, he says, “they smell nothing like Girl Scouts.”

What is the difference between Joe Biden and a knife?
A knife has a point.

Did you hear that President Biden has called for the full legalization of marijuana?
Now it is up to Congress to hold a joint session.

Why is Joe Biden always afraid of getting COVID?
Because he’d lose his sense of smell.

What happened when Joe became the president?
The white house became forbiden.

Did you hear about Joe Biden’s meeting with the Cabinet?
He also spoke to the bookcase and argued with the desk.

If Joe Biden’s wife is called the First Lady, then what do you call his mother?
Joe mama.

Why can’t Joe Biden be that fella’s president?
Because he lives in Canada.

How do you know that China loves Joe?
They’ve commemorated a city to him already. They call it the for-biden city.

Joe Biden and Kamala Harris go for a morning run.
Kamala crosses the finish line in just under twelve minutes, and Joe is already waiting for her.
“How did you do?” she inquires.
“I completed the course in 10 minutes and 46 seconds. That has to be a new high or record for Presidents, right?”
“No,” Kamala says. “Bush did 9:11.”

Why are some not talking about the 2024 United States presidential elections?
They are Biden their time until they can play their Trump card.

What did people get on the election’s result day?
Error 403. Because that’s For Biden.

Why can’t you use President’s bathroom?
It’s For Biden to use.

Why does the president stop at the traffic light?
Because he’s a Law A ‘Biden’ citizen.

Knock, knock.
(Who’s there?)
Joe Biden.
(Joe Biden who?)
Joe Biden more off than you can chew.

Why does Joe Biden call women muffins?
Cause muffins backward is sniffum.

Donald Trump, Joe Biden, and Hillary Clinton are in a boat, and the boat sinks. Who is saved?
The United States of America.

Do you want further proof that Biden is already the better president?
He’s got 25 million more Twitter followers than Trump.

The Pope is invited to dine on a boat by the President. The Pope agreed, and during lunch, a gust of wind swept the pontiff’s hat into the lake. It floated about 50 feet until the wind dropped and it floated in place.
When the crew and Secret Service were about to launch a boat to go collect it, Biden waved them off, saying, “Never worry boys, I’ll get it.”
Joe then climbed over the edge of the yacht, walked in the water to the hat, picked it up, and walked away.
Then Joe climbed over the yacht’s side, walked on the water to the hat, picked it up, walked back on the water, climbed into the yacht, and handed the hat to the Pope.
The crew was utterly baffled. The security personnel and the Pope’s entourage were deafeningly silent. Nobody, not even the Pope, knew what to say.
But that afternoon, Fox News, Newsmax, OAN reported, “Biden can’t swim.”

What’s the best thing about being Joe Biden?
Waking up every day and learning that you’re the president.

Biden, Clinton, and Trump board a plane.
“I’ve been thinking,” Biden says to the other two, “I wish I could do more to aid these people; they deserve so much!”
He takes hundred-dollar cash from his pocket. “If I throw this out the window, I can make somebody very happy!” he exclaims.
“Excuse me, Mr. President,” Clinton says, clearing her voice, “but I can do you one better.” She pulls out ten $10 notes and continues, “I can drop ten of these out the window and make ten people very happy!”
Trump clears his throat and declares, “I can top both of you!” He takes one hundred $1 dollars from his wallet. “I can drop a hundred of these and make a hundred people very happy!”
At this point, the pilot emerges from the cabinet, laughing looking at Biden, Clinton, and Trump.. “I can top all of you! I can crash this plane and make millions of people happy!” he exclaims.

How did Joe Biden react after he was informed that the Queen has died?
He replied, “That’s a shame. I really liked their music.”

It’s 2024 and Biden declares he will run for re-election. So what does he promise?
That will be a great first term.

Why doesn’t Joe Biden visit children with cancer in hospitals?
Because he can’t sniff their hair.

How is Joe Biden similar to a web browser with 19 tabs open?
17 are frozen and he doesn’t know where the music is coming from.

What is Joe Biden’s least favorite song?
Stairway to Heaven.

An American and a Russian were debating over their respective countries’ differences.
“Listen, in my nation, I can stroll into the oval office, smack the desk with my fist, and yell, President Biden! I don’t like how you’re running our country.”
“I can do that, too,” says the Russian.
“What? How?” asks the American.
“I can go directly into the Kremlin, go to the president’s office, and pound my fist on Putin’s desk and scream Mr. President, I do not like the way Joe Biden is governing.”

Joe Biden walks into a bar and sees a pretty, young blonde chick.
He sits down next to her and says, “So, do I come here often?”

What’s the most progressive thing about Joe Biden?
His dementia.

The largest condom factory in the United States was destroyed by fire.
The phone rang at 4 a.m., waking President Biden up.
“Sir, I apologize for bothering you at this hour, but there is an emergency! I just got word that the Durex facility in Washington had burned down. It is expected that the entire supply of condoms in the United States would be depleted by the end of the week.”
Biden exclaims, “Oh no! All those unwanted infants will never be able to support the economy. We’ll be destroyed. Condoms will have to be shipped in from Mexico.”
The telephone voice exclaims, “Awful concept… This one will be a hit with the Mexicans. We’ll be made fun of. What about our neighbors up north?”
Biden says, “Okay, I’ll phone Justin and tell him we need five million ten-inch-long, three-inch-wide condoms. That way, they’ll continue to respect us as Americans.”
Three days later, President Biden dashed out the door to open the first of the 10,000 boxes that had just arrived. He found it full of condoms, 10 inches long and 3 inches wide, exactly as requested. All colored with red maple leaves and in small writing saying, “Made In Canada / Size: Small.”

What is Joe Biden’s favorite form of contraception?
Condoms, because his pull-out game is terrible.

What if Jlo and Joe Biden had kids?
They’ll be the best American citizens cause they will be lo-biden citizens.

When the engines on an aeroplane carrying Pope Francis, Joe Biden, and a young kid fail, they are flying across the Atlantic.
They discover 2 parachutes.
“The world needs a US president and a wonderful person like me!” says Joe Biden as he takes the first parachute and dives out of the plane.
Now, only the Pope and the small kid are on the plane.
“Take the last parachute, I’m too old and I’m going to die soon,” the Pope tells the youngster.
“Actually there are two left. Donald Trump took my backpack.”

What does Joe Biden say to young girls when he leaves the room?
“Smell ya later!”

What do Joe Biden and Russia have in common?
Neither of them respects boundaries.

How could you tell that Joe Biden is Irish?
Cause he worked for O’bama.

Do you know the one trait that Joe Biden and Jeffrey Epstein have in common?
Neither can complete a sentence. 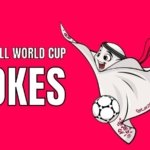 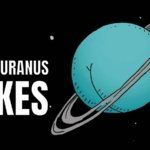