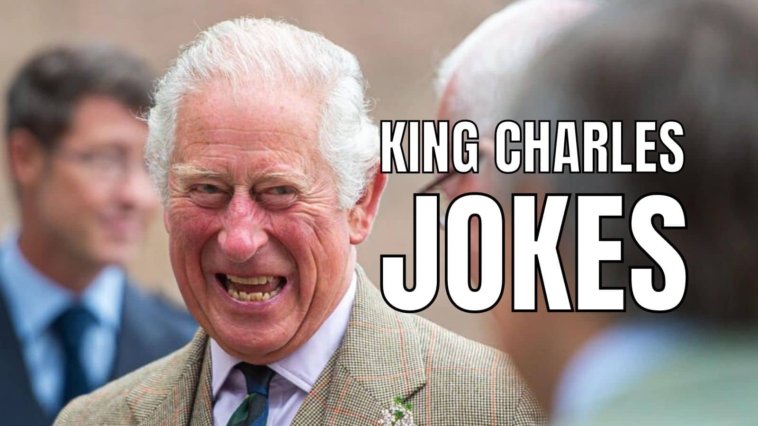 Following Queen Elizabeth’s death on September 8, 2022, her son, Charles George, ascended to the throne and began his reign as King Charles nearly immediately. People are not happy about Charles being the new King of England, thus everything from complaints about the new look of the British pound to his “sausage fingers” has been a butt of jokes.

Some believe that the Coronation will take place in 2023’s spring or summer, maybe on the 70th anniversary of the Queen’s Coronation on June 2, 2023. Till then, read, laugh, and share these hilarious King Charles Jokes.

Did you hear that Prince Prince Charles will be coronated again?
The first time his results came positive.

Why is Rishi Sunak looking forward to seeing King Charles?
He says that it will be nice to meet someone else with immense wealth who isn’t used to paying taxes.

Why will King Charles not make as many foreign visits as Queen Elizabeth did?
Because the Queen could go any distance but the King can only move one space at a time.

Why are most not great fans of the new coins released with King Charles’ head on them?
Surely, they don’t like change.

Did you know King Charles is the new ruler of England?
He hopes he can measure up.

How do you know U.K. dentistry is bad?
The King can’t even get a dentist appointment. To get Crown in 2023.

How dire is UK’s economy?
The elderly aren’t getting to enjoy their retirement.

Where does King Charles go out to eat?
Burger King.

Why was King Charles unhappy with the weather?
Because it was reigning.

What did King Charles say to OJ Simpson?
“Now that’s how it’s done!”

King Charles is looking out the window.
Camilla asks, “Still raining?”
Charles replies, “Yes. But not for much longer.”

What will happen now that Charles is king?
It means he will be in charge of the UK people’s days…and their knights.

Why did everyone ignore King Charles’ fart in the press conference?
Noble gases don’t cause any reactions.

Why does King Charles only play cards in the bathroom?
To get a royal flush.

Where did King Charles go on his first honeymoon?
Indiana.

What do you get when you cross Prince Charles and Queen Elizabeth?
Dead in a tunnel.

What were Elizabeth II’s last words?
“Charles, what on earth are you doing with that pillow?!”

King Charles decided to start walking, and every day, he would pass a hooker on the same street corner.
As he approached her, he learned to brace himself for what was almost guaranteed to happen.
“A hundred and fifty pounds!” she’d exclaim. “No! “Five pounds!” he whispered from the corner of his mouth, simply to silence her.
This ritual between him and the hooker became routine. “One hundred and fifty pounds!” she’d yell. He’d respond by yelling back. “Five pounds!”
One of these days, Camilla agreed to join her husband for a walk, and as they approached the hooker’s region, he felt more nervous than normal. She was, indeed, standing there. He avoided eye contact as she watched the couple pass.
Then, the hooker yelled, “See what you get for five pounds, you cheap bastard!”

“God Save the Queen” seems an ill-fitting anthem following the coronation of King Charles III
The obvious choice for the replacement is the “Charles in Charge” theme song.

What’s so sad about Charles?
Imagine being 73 years old and getting your first job.

Why is Aquaman no longer terrified of King Charles?
Because he is no longer the Prince of Whales.

Did you hear that the Royal Mail Post Office is to be renamed the Charles III Post Office?
Or C3PO for short.

What did King Charles say to his brother Prince Andrew?
“I’m the king of the castle. And you’re the dirty rascal.”

The Queen on her deathbed:
“Charles come closer, I want you to know I’ve decided to abdicate the Monarchy”…
“When I die all our wealth, power and privilege will be given back to the people, to see them through the storm”…
“No child on my Island will go to bed cold and hungry”…
“This is my final request and I want you to adhere to it”.
Charles replies, “No Mummy, surely you can’t be serious.”
The Queen says with a rye smile and a wink, “Got ya.”

Did you hear the joke about King Charles?
It ruled!

What does King Charles sing to prince Andrew on his birthday?
Bah bah black sheep.

Why was the Royal baby named Archie by Charles?
Because Richie would have been too obvious.

What type of music can King Charles not listen to?
Royalty Free Music.

What is the only reason Charles is on the throne and not you?
His ancestors were bigger thugs than your ancestors.

King Charles is visiting an Edinburgh hospital. He enters a ward full of patients with no obvious sign of injury or illness and greets one.
The patient replies, “Fair fa your honest sonsie face, Great chieftain o the puddin race, Aboon them a ye take yer place, Painch, tripe or thairm, As langs my airm.”
Charles is confused, so he just grins and moves on to the next patient. The patient responds:
“Some hae meat an canna eat, And some wad eat that want it, But we hae meat an we can eat, So let the Lord be thankit.”
Even more confused, and his grin now rictus-like, the Prince moves on to the next patient, who immediately begins to chant:
“Wee sleekit, cowerin, timrous beasty, O the panic in thy breasty, Thou needna start awa sae hastie, Wi bickering brattle.”
Now seriously troubled, Charles turns to the accompanying doctor and asks, “Is this a psychiatric ward?”
“No,” replies the doctor, “this is the Serious Burns Unit.”

What is Charles to Camilla?
Cavalier King Charles.

Did you know Leonardo DiCaprio ranks above King Charles III?
He’s the king of the world.

What if the media finds drama with King Charles?
It will be called Royal-tea.

Why did King Charles put Andrew in charge of the horses at the Grand National?
Someone told him that Andrew was really good at grooming.

What does King Charles do on his throne?
He sits on it.

Why does King Charles have a round table?
So he wouldn’t be cornered.

Why did King Charles III go to the bank after dinner?
To make his knightly deposit.

Before the queen’s demise, Prince Charles decides to visit Perth.
The future King has not been getting a great reception in the United Kingdom so decides to go somewhere more remote. Not long after his arrival in Perth, he is walking down the Hay Street Mall with an interesting choice of headwear. A Davy Crocket style hat, real fox fur with the tail at the back, reminiscent of frontier America.
Reporters crowd around for a chance to ask the Prince a question. Geoff Harvey, renowned Perth journalist finally has the courage to ask “Your Royal Highness. Thank you for visiting our great state. If I may ask, what was the inspiration behind your interesting hat?”.
Prince Charles looks Geoff squarely in the eye and says, “Well I told Mummy I was heading off to visit Perth and I clearly heard her say, ‘Perth? Wear the fox hat.’”

Where will King Charles III get crowned?
On his head.

Why did King Charles go to the dentist?
To get his teeth crowned.

Following the Queen’s death, the words of the National Anthem will be changed for Charles.
It will now be ”Short To Reign Over Us.”

What was the real reason Princess Di divorced Prince Charles?
She found out that not all rulers have 12 inches.

Have a better joke about King Charles? Post your King puns in the comments below. 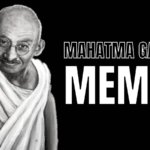