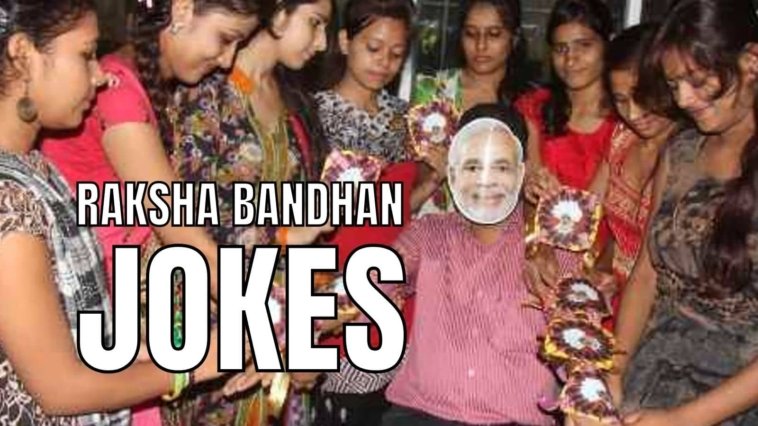 Rakshabandhan is one of the famous festivals of South Asia celebrated on the final day of the Hindu lunar calendar month of Shraavana, which usually falls in the month of August. In 2022, it will be celebrated on Thursday, 11 August. Among all, this festival is a symbol of love, togetherness and faith among brothers & sisters. If you need a good laugh to get into the holiday spirit, check out these Raksha Bandhan jokes below. Even while you can always keep the laughter to yourself, you should consider sharing them with your brothers and sisters.

Rakshabandhan is a mixture of two words: ‘Raksha’ means protection and ‘Bandhan’ means bond. Thus Rakshabandhan means the bond of protection On this day, sisters tie a special thread on their brother’s wrist and pray to god for the safety, good health, and bright future of their brother. In turn, brothers give gifts to their sisters and promise to take care of them in every situation.

Siblings unquestionably share a unique bond. Since you both originate from the same place and have shared experiences, there is frequently no one who can understand you better. A brother and sister relationship is unique. An opposite-gender sibling may teach you a lot about life and about yourself, which makes it incredibly special. Compared to a sibling of the same gender as you, the arguments and the nature of the relationship are different. Let’s now take a look at some funny jokes and puns.

Why did Thakur give up his hands to Gabbar?

Raksha Bandhan was near.

A brother asks his sister why does she always have money but he doesn’t?

The sister replies, “That’s because I have a boyfriend and you have a girlfriend.”

Because they only have trans-sisters.

What did the landlord say to the tenant before Raksha Bandhan?

This year, you had invited alot of sisters here so if none of them comes to tie Rakhi then make sure you vacate the flat.

A sister got a PS5 for her younger brother on Rakhi.

A day after Raksha Bandhan, a girl and a boy were chatting.

Girl: Yesterday I brought Rakhi for you, why didn’t you tie it?

Boy: So if I bring you a Mangalsutra, will you allow me to tie it around your neck?

What do you call a crying sister who gets nothing on Rakhi?

Why shouldn’t you wait to propose to the girl?

Maybe she is waiting for Raksha Bandhan.

What do you call a supportive sister?

A brother and sister somehow always got into fights.

Sister: Atleast I was wanted!

What happens when a brother thinks he is ugly?

After that, he thinks of his sister and feels better.

Why does Jasmine have to tie rakhi to hundred brothers?

Because she lives in an orphanage.

Why did the brother cross the road?

Because his sister farted.

The son asked his dad,” Why is Paris the name of my sister?”

Dad replied,” Considering that we had her in Paris.”

“No problem, quarantine,” replied the dad.

A sister and brother poking fun at each other.

Sister: Are you really a virgin?

Brother: That’s nun of your business.

A brother was gifting his sister stupid gifts every year.

Later, she said that she would burn any more stupid gifts he gave her. So, this year he gave her a candle on Rakshabandhan.

Why should you buy a comb for your sister who is engaged after she ties the rakhi?

Because it is a great parting gift!

What did the brother do when his sister said that the onion is the only vegetable that can make you cry?

He threw a carrot at her.

Once upon a time, there were a sister and brother: Petal and Fridge. “Why did you name me Petal?,” Petal asks her parents.

The parents said, “Because a petal dropped on you right after you were born.”

Everyone hears Fridge utter “Bllaaarrarararraraaarg” in the corner.

What did the brother say to his fat sister who watched Kabhie Khushi Kabhi Gham alot of times?

“Oh my god, you’re watching it again? I know you’ve always wanted to be Poo but you’re really a laddoo!”

Why was the sister feeling sad about her convicted brother who stutters?

He will never be able to complete his sentence.

A broken drum because you just can’t beat it.

An Indian sister called her brother who was visiting North Korea.

Sister: How are things over there?

Why do brothers eat homework?

Because their mothers tell them that it is a piece of cake.

What do sisters call brothers who don’t like brown rice?

How do Indian politicians wrap Rakhi presents for their sisters?

With lots of red tape.

What do you call the sister of Bruce Lee who was faster than him?

When are Indian brothers the poorest in the whole year?

Do you know how a hot cup of tea calls his siblings?

Did you hear about the issue of single men with Karwa Chauth?
As per them, if a girl can make anyone brother on Raksha Bandhan then why can’t men choose their wives on Karva Chauth?!

An 8-year-old sister asked her brother for a Rakshabandhan gift.

Brother: What do you want?

On Rakshabandhan, the brother got him a pair of jeans with a hole in the pockets.

What is an awkward moment between a brother and sister’s fight?

When one of them cracks a “yo momma” joke. 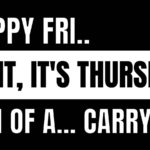 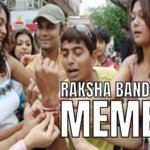