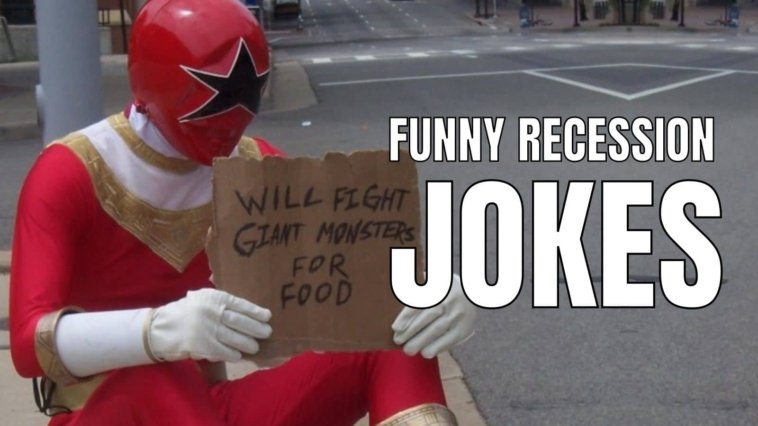 We are either in one, or our economy is on the verge of a recession, there are things we can do such as save money and laugh. So, here at HumorNama, we’ve compiled a list of the greatest Recession Jokes just for you!
The IMF predicted a global recession, citing the pandemic and Ukraine-Russian ongoing war. According to some, the world economy is facing an “increasingly bleak and uncertain outlook.”
During the recession, jokes provided an outlet for global fears about the future that awaited millennials, as well as a method for the internet generation to address these topics in near real-time. So sit back, read and hide your tears with laughs.

What kind of apocalypse would be best for the recession?
A zombie apocalypse, because zombies are great consumers.

What do you call Bob the builder during a recession?
Bob.

A director decided to award a prize of $1000 for the best idea for saving the company money during the recession.
It was won by a young executive who suggested reducing the prize money to $100.

Why is it hard to find deals for prosthetics in this recession?
They charge an arm and a leg for their product.

How do you tell the difference between a recession and a depression?
If your friend loses his job, it’s a recession. If you lose your job, it’s depression.

What’s the difference between a three-wheeled car and a nation’s economy?
The car crashes less.

What’s long, hard, and waiting for you?
The upcoming global recession.

How bad is the recession?
Wives are having sex with their husbands because they can’t afford batteries.

A man in the dress business called a friend, also in the dress business, and asked how things were going.
“Couldn’t be better,” answered the friend. “Even with the recession, our sales are up 40 percent. My son, the lawyer, just won a big case. And his fee was a million dollars. My other son, the surgeon, was nominated for the Nobel Prize in medicine…”
“I’ll phone you back later,” the caller interrupted. “I didn’t know you had someone with you.”

What do your ex-wife and the economy have in common?
Inflation over time.

Why does printing too much money hurt the economy’s health?
It causes inflammation.

How did the recession put a man back to his feet?
The bank took away his car.

What do you call when there is a shortage of tomato ketchup and mayonnaise?
Double-dip recession.

What do you call it when fewer and fewer school kids go to the playground?
A recession.

Husband: I reckon if we got a dog we should call it Noodles.
Wife: That’s silly, we eat noodles.
Husband: If this recession gets bad enough, yes, we would.

During the recession, a man went to his bank manager and said, “I’d like to start a small business. How do I go about it?”
“Simple,” said the bank manager.
“Buy a big one and wait.”

What did uncle Ben always tell Peter Parker during a recession?
With great power comes a great electric bill.

What are they doing to save on energy costs due to the recession?
The light at the end of the tunnel will be turned off.

Why do more women in the workplace make for a stronger economy?
Cheaper labour always helps the bottom line.

What do Apple and your country’s economy have in common?
No Jobs.

A retired man bought a house close to a high school. He enjoyed the first few weeks of his retirement before the start of the new school year.
Three rowdy young blokes came down his street one afternoon early in the first semester, beating wildly on every bin they came across. They repeated this the next day and the day after that until the retiree felt it was time to act.
He walked out the next afternoon to meet the boys as they banged their way down the street.
“You lads are a lot of fun,” he added as he stopped them. When I was your age, I used to do the same thing. Will you please do me a favor? If you pledge to come around every day and do your thing, I’ll give you each a dollar.”
The guys were overjoyed and continued to pound the bins on their way home every day.
After a week, the old guy returned to greet the children. But this time, there was no smile on his face.
“This recession is certainly taking a toll on my income,” he explained. “I’m going to have to reduce it to 50¢ per day just to keep you youngsters banging the bins.” The youngsters were plainly unimpressed, but they accepted the payment cut and went about their afternoon activities.
The man approached them again a few days later. “Look,” he explained, “I haven’t received my retirement checks yet, so I can’t give you more than 25¢ to beat on the bins.” Is that all right?”
“That’s it!” cried the drum leader. “You’re insane if you think we’re going to waste our time thrashing these about for 25¢ a day!” Absolutely not, sir. “We’re calling it quits!”
And the man enjoyed peace and serenity for the rest of his days…!

In today’s economy, what do Arts graduates bring to the table?
Your lunch.

How bad is the economy?
Twenty years ago we had Johnny Cash, Bob Hope, and Steve Jobs. Today we have no cash, no hope, and no jobs.

How do you know that the economy is bad?
It’s so bad that when Bill and Hillary Clinton travel, they have to share a room.

Have you heard HumorNama’s unemployment jokes?
Yeah, it needs a little work.

One day, a successful sales representative in a huge corporation tells his boss, “If you want me to keep working for you, I need a 20% raise. You have 24 hours to respond to me. I have four firms after me, so please let me know what you decide.”
The concerned boss says, “A 20% rise in this recession? So many employees are being laid off, and so many others have received significant pay cuts, and you want a 20% raise?”
“I’m not here to dispute this with you,” the employee says. “As I previously stated, four firms are chasing me, so please let me know your decision.”
The next day, the boss calls him and informs him that due to his outstanding performance, he has decided to comply and will provide him with the requested raise.
“Great,” the man adds, “I will gladly continue with you.”
As he was leaving, his supervisor inquired, “Who are the four firms chasing you?”
“Oh, yes,” he said, “Bank of America, Wells Fargo, Credit Suisse, and Quicken Loans.” “I must repay them all.”

Why are some really worried about this recession?
The fear that they may go bald.

What do your ex-husband and economy have in common?
Recession over time.

What caused the Great depression?
A lack of comedians.

What is the difference between an economic recession and a broken-down escalator?
One is a terrible state of affairs the other is a terrible fate of stairs.

Once the great-grandpa, on his death bed, offered to sell his vital organs on the black market to help pay his family’s rent during the recession.
The family declined his offer.
They got evicted a week later, and he died another week after that, but at least his heart was in the right place.

With the current market turmoil, what’s the easiest way to make a small fortune?
Start off with a large one.

Did you hear about a new weapon developed by the US that destroys people but it leaves buildings standing?
It’s called the stock market.

How is recession worse than divorce?
You lose half of your fortune and still have your wife.

How many economists does it take to change a light bulb?
None, if it was broken, the market would fix it.

Downturn in the economy made life difficult for everyone. Local janitors have gone on strike. They are demanding sweeping reforms.

A concerned customer asked his stockbroker if the recent market decline and volatility worried him.
The broker told him that he has been sleeping like a baby.
“Really?” replied the customer.
“Absolutely,” said the broker. “I sleep for about an hour, wake up and then cry for about an hour.”

As people have varying viewpoints on the global financial crisis and the governments’ reactions to it, the mounting anxieties about recession have been translated into humorous jokes. Please share yours in the comments section below. 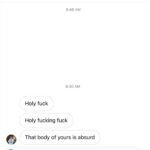 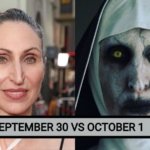