The Aa Raha Hu BC meme originates from the 2019 Indian web series The Family Man season 1 episode 1. In this Amazon Prime episode, Srikant Tiwari (the character played by Manoj Bajpai) says this dialogue on phone to JK Talpade (the character played by Sharib Hashmi) when he had to drop his kids to their school out of frustration which got him an hour late to his office. He says, “Aa Raha Hun Bhench#d G#nd Mei Ghus Jao Insaan Ke.” The popular use of Aa Raha Hu BC meme is to mock someone who is frustrated and running behind schedule. 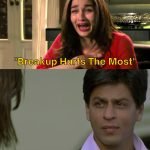 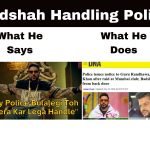