The Andha Hai Kya La#de meme originates from the Youtube video named “Ji haan, ye hai khalnayak.” The video uploaded on 29 June 2017 by channel 2 Foreigners In Bollywood portrays the driving of Autowalas in Mumbai, India. It has been viewed by more than 50M on the online video-sharing platform. The meme was first used on 20th June 2020 by a Twitter user @impratiks but the breakthrough came around in the month of January 2021.  The popular use of Andha Hai Kya La#de meme is to poke fun at someone who turns a blind eye. 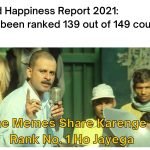 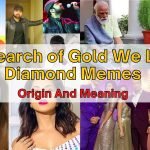