The Band kar meme originates from the Hindi sitcom Taarak Mehta Ka Ooltah Chashmah. In Episode 387, Jethalal (the character played Dilip Joshi) says this dialogue to Roshan Singh Harjeet Singh Sodhi (the character played by Gurucharan Singh) when the latter was not able to turn the tap off after opening which led to a comical episode of wastage of water. The popular use of the Band kar meme is to mock fun at someone who cannot keep silent. 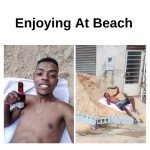 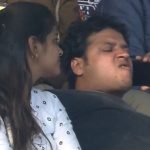