The Happy Diwali Jethalal meme originates from the Indian comedy TV show Taarak Mehta Ka Ooltah Chashmah. In episode 51, Jethalal Gada (the character played by Dilip Joshi) tell his father Champaklal Jayantilal Gada (the character played by Amit Bhatt) about the speciality of a new type of firecrackers that costs ₹1000 each. Since the episode has aired on television, the meme has been actively shared every year on the eve of Diwali, an Indian festival of lights. The popular use of the Happy Diwali Jethalal meme is to wish someone. 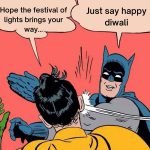 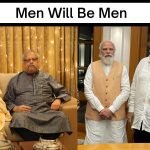