The Bh#sdike meme originates from the 2018 Excel Entertainment’s Mirzapur Season 1. In episode 1, Akhanda Tripathi (the character played by Pankaj Tripathi) says this dialogue to Munna Bhaiya (the character played by Divyendu Sharma) when he learns about his son’s celebratory gunfire which accidentally killed the groom in his own wedding. The popular use of Bh#sdike meme is generally mock someone who committed a blunder. 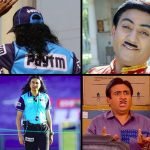 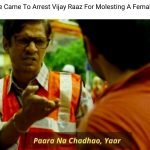