The Phatt Gayi Hai Uski Jaane Dijiye meme originates from 2018 Excel Entertainment’s web series Mirzapur season 1 episode 1. In this Prime series, the judge (the character played by B. Shantanu) says this dialogue to Ramakant Pandit (the character played by Rajesh Tailang) when the lawyer thrashed the Gunda who tried threatening him with a Rampuri knife in the court. The popular use of Phatt Gayi Hai Uski Jaane Dijiye meme is to poke fun at someone who got his ass kicked by someone. 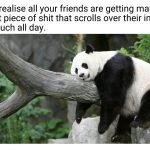 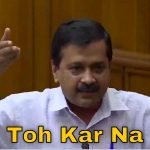