The Don No 1 meme originates from the 2007 Indian film Don. In this Tollywood movie, the upper pane and lower pane consists of Feroz (the character played by Kelly Dorji) and Suri (the character played by Akkineni Nagarjuna) respectively from their first meeting. In the Hindi dubbed movie, Feroz says, “Teri zubaan bahot chalti hai, Surya.” To which Suri replies, “Par haanth jyaada chalta hai.” The popular use of Don No 1 meme is to express the idea of confronting someone. 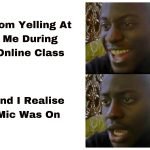 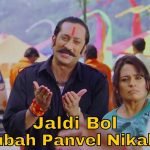