The Mera Putra Mera Putra meme originates from 2015 Indian film Baahubali: The Beginning. In this Tollywood movie, Bijjaladeva (the character played by Muhammad Nassar) chants this dialogue (in the Hindi language dubbed film) when his son Bhallaladeva (the character played by Rana Daggubati) kills Inkoshi who was the ruling chief of the Kalakeya tribe in the war. The popular use of Mera Putra Mera Putra meme is to mock someone whose traits or quality are similar to the meme character. 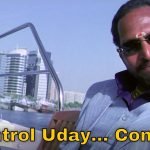 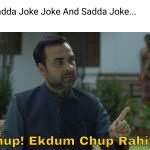