The Main jhukega nahi meme originates from the 2021 Indian Telugu-language film Pushpa: The Rise. In this Tollywood movie (dubbed Hindi version), Puspa Raj (the character played by Allu Arjun) says this dialogue to Keshava (the character played by Jagadeesh Prathap Bandari) after his mother is injured in the scuffle between him and his half brother Molleti Mohan on his engagement day. The English translation of Main jhukega nahi is I won’t compromise. The popular use of the Main jhukega nahi meme is to mock someone who won’t bow down under extreme conditions. 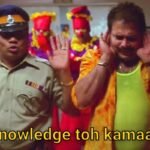 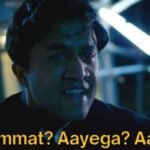