The Jonathan Swan meme originates from the Axios Interview of US President Donald Trump. The Interview video uploaded by HBO on August 4 soon went viral and many do not shy away from calling it as the ‘worst interview performance’ by a US President ever. The Australian journalist Jonathan Swan kept correcting some lies of the president in the entire interview and gave away some priceless reactions to Trump’s charts. 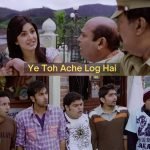 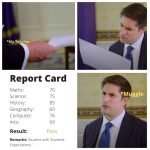