The Mast joke mara re meme originates from the 2006 Indian film Phir Hera Pheri. In this Bollywood movie, Babu Bhaiya (the character played by Paresh Rawal) says this dialogue to Raju (the character played by Akshay Kumar) when the former cracks a joke at the latter for waiting for a small-time goon Pappu Patekar who unknowingly was going to contribute the remaining balance of ₹20 lakh in ₹1 crore. The English translation of Mast joke mara re is I cracked a good joke. The popular use of the Mast joke mara re meme is to mock a perception, a saying or a dialogue delivered by someone. 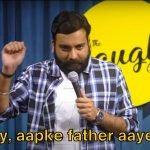 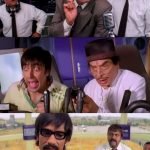