The Akshay Kumar pose meme originates from the 2006 Indian Hindi-language film Phir Hera Pheri. In the Bollywood movie, Raju (the character played by Akshay Kumar) held this pose while he was waiting for the small-time goon, Pappu Patekar (the character played by Rajpal Yadav) to contribute the remaining amount of Rs. 20 lakh so that he can make the required minimum deposit of Rs. 1 crore that would be doubled in 21 days as promised. On June 17 2019, Indian cricketer Virat Kohli posted a picture from his childhood and one from his World Cup match against Pakistan (from June 16 2019) with the caption “Doing it since the early 90s!” Later on, October 30 2021, Bollywood actor Akshay Kumar recreated the meme and posted it on his Instagram resulting in a meme-fest online trend ‘side wala swag.’ 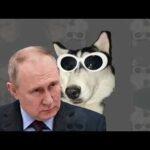 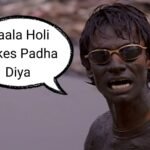