The O bhai maro mujhe maro meme originates from the interview between a Pakistani cricket fan Momin Saqib and Dunya Media Group PK’s journalist Azhar Javaid on 16th June 2019.  The defeat of 89 runs (D/L method) against India who maintained its unbeaten streak (7-0) over Pakistan in the 50 over World Cup did not go well with the fans. Among the disappointed Pakistani fans at Old Trafford Cricket Ground, Momin Saqib and his brother Bilal Bin Saqib was interviewed by a journalist Azhar Javaid. In the interview, Momin Saqib criticised the team for showing a lack of respect for fans. One among them was when he says, “O bhai maro mujhe maro! Nahi ye mazak ho raha.”

Momin like numerous other fans was undoubtedly disturbed by the fact that the team showed a lack of intent going into the match as the video of Pakistan team members eating burgers and pizza before the match went viral. Also, a photo was shared on Instagram in which some Pakistan team players were seen at 360 Shisha Lounge at Wilmslow Road, Manchester a night before the game. The interview became instant viral among cricket fans over the globe. The popular use of O bhai maro mujhe maro meme is to express feelings of disappointment. 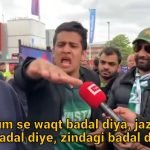 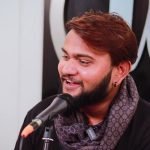