The Saala Mereko Itna Chhota Diya meme originates from the 2006 Indian film Phir Hera Pheri. In the Bollywood movie, Baburao (the character played by Paresh Rawal) says this dialogue when he receives only a Bow tie for the Dhoom Dhadaka Orchestra’s performance from Munna Bhai (the character played by Johnny Lever). The popular use of Saala Mereko Itna Chhota Diya meme is to mock someone who received less than what it wished for. 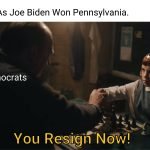 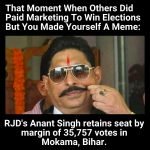