The Sab changa si meme originates from the Indian-American community event in Houston, Texas on 22 September 2019. The then Prime Minister Narendra Modi and US President Donald Trump addressed a crowd of more than 50,000 Indian-Americans for the first time. Other than the Pope, it was the largest assemblage for an invited foreign leader visiting the United States. While addressing the Indian diaspora in the United States in his speech, then Indian PM Narendra Modi says, “Sab change si,” in several Indian languages to explain the welfare of India and its people. Although it did create a buzz among some Indian netizens who tagged it as a lie. The English translation of Sab changa si is all is well. The popular use of the Sab changa si meme is to mock a hypocrite person for preaching that situation or arrangement is satisfactory. 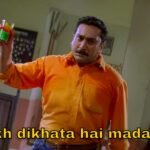 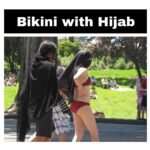