The Maza nahi aa raha hai meme originates from the then Indian Prime Minister Narendra Modi dialogue while addressing a rally in Una, Himachal Pradesh. The video was uploaded on November 5, 2017, leading to upcoming assembly polls in the state. The leader said, “Mujhe iss chunav mein ek baat ka dukh rahega, mazaa nahi aa raha hai, kyunki Congress maidan chhod kar bhaag gayi hai,” meaning I will be sad about one thing in this election, I am not enjoying it, because Congress (opposition political party) has left the field and ran away. The English translation of Maza nahi aa raha hai is I am not having fun. The popular use of the Maza nahi aa raha hai meme is to mock someone for being in a state of joyless due to an event. The event is generally appeasing almost all others. 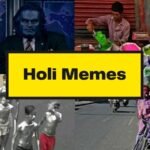 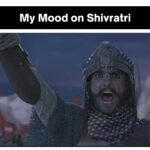