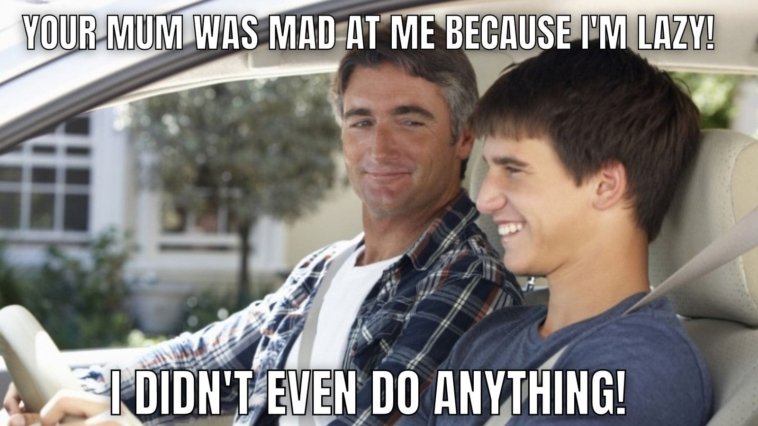 Dad jokes, I propose, are an expression of the classic fatherly instinct to taunt one’s kids. What could be more amusing to mothers, sons, and daughters than silly jokes delivered by fathers (at least, he thinks they’re amusing)? On the outside, these one-liners appear to be puns that simply deviate from a sensible rule, making them lame and cringe. However, violating only a logical norm and nothing else is a violation of joke-telling rules, making these jokes a sort of anti-humor. So, we have created a list of the funniest Dad Joke Memes that are visually more hilarious for you to enjoy this humor.

Fathers (dads) aim to embarrass their children by purposefully violating joke-telling rules in this manner, thus working to undermine the lame pun against their children as a sort of good-natured teasing. Given their personality, it stands to reason that fathers would be highly susceptible to using dad jokes teasingly against their children in this manner, with the phenomenon bearing an illuminating resemblance to the roughhousing that fathers have engaged their children in since the dawn of our species. After all, dad jokes are at the heart of all father relationships and the foundation of every father’s persona.

1. What would Wonder Woman and Spider-Man name their business? Amazon Web Services.

2. Bruce Lee was fast, but do you know he had an even faster brother? Sudden Lee.

3. I was on a diabetes awareness website and it asked me if I accept cookies… Is this a trick question?

6. What did the ice-cream say to the grumpy birthday cake? “What’s eating you?”

7. Tequila may not fix your life. But it’s worth a shot.

8. I’ve started telling people about the benefits of dried grapes. It’s all about raisin awareness.

9. What’s the toughest part of being a vegan? Keeping it to yourself.

10. What pronouns does chocolate use? Her/she.

11. Did you hear about the big Lego sale? People were lined up for blocks.

12. Someone asked to name 2 structures that hold water. I was like, well damn.

13. I think my phone is broken. I pressed the home button and I’m still at work.

14. What word becomes shorter when you add two letters to it? Short.

15. What did our parents do to kill boredom before the internet? I asked my 10 brothers and sisters, but they don’t know either.

16. What’s it called when a chameleon can’t change its colors anymore? A reptile dysfunction.

17. When I’m around my Spanish-speaking friends I always use the word “mucho”… It means a lot to them.

19. I joined a gym and said to the trainer, “I want to impress beautiful girls, which machine should I use?” “Try the ATM outside,” he said.

20. A guy tried to sell me a coffin. I told him that’s the last thing I need.

21. How can you get your wife’s attention? Sit down on a sofa and look comfortable.

22. What do you call a line of men waiting to get haircuts? A barberqueue.

23. What do you call someone who tells dad jokes but isn’t a dad? A faux pa.

24. What do priests say to get rid of insects in the church? Let us spray.

25. My wife asked me to go get 6 cans of Sprite from the grocery store. I realized when I got home that I had picked 7 up.

Did you dig these Dad Jokes memes? Please share your thoughts in the comments section below! 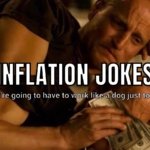 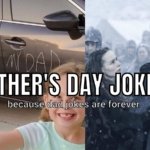