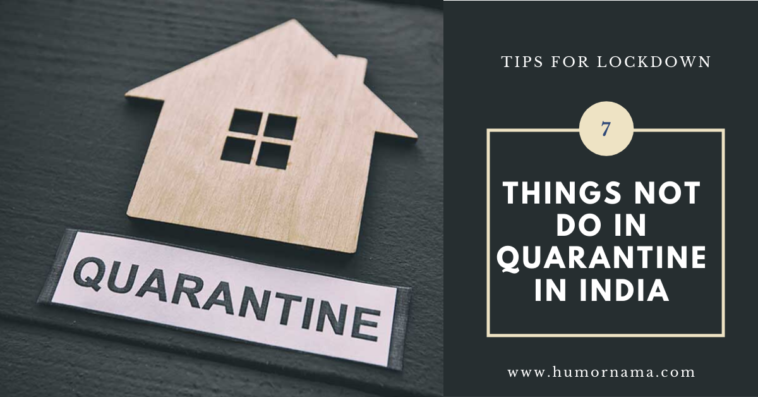 There are a lot of us who have never faced a tragedy similar to this in their lifetime. A lifetime in which we saw people making money by unboxing elephant shit to T- Series remaking old classics. Indeed, it has been the catastrophic year 2020. The roads and the news channels are gloomy but for very different reasons. Quarantine in India is difficult and we understand that for you. From not being able to meet your loudmouth neighbors to being promoted to the next grade without giving exams, things are getting out of hand. It’s a nightmare to even think that your boss sanctioned work from home for you in this national lockdown. But there could be a major turn of events if you even tried attempting any of our seven things during the Quarantine in India.

It’s been more than just 2 weeks since the lockdown started and the Internet is flooded with the things that can be done in a quarantine. The trend seems inspiring because sleeping is no more as fun as it used to be. Netflix and chill is no more the cool thing you did only on weekends. When you have so much ‘To Do’, then confusion seems necessary. So for many do’s, we present you 7 things not do in this Quarantine.

Several groups of people in various parts of India (most of them wearing orange coincidentally), are seen chanting ‘Go Corona Go’ on the streets. Even Simon commission never held their report back after listening to ‘Simon Go back’ slogans from Indian nationalists in 1930. This stupidity by orange brigade took rounds on the internet because you can’t expect the Corona boy from China to vanish just by chanting about his departure? One of the theories is that they committed a blunder by not consuming ‘Gaumutra’ before doing so. This would have connected their souls to almighty and we would be free on the streets. But now the Wuhan lad already knows the trick. A solution wasted. So never commit in a passion half-heartedly. Even if, you are doing it for some viral publicity gain.

Do Not Commit Suicide During Quarantine In India

The country is seeing many unexpected deaths to the virus but why are we observing an increase in the number of people trying to commit suicide? At the time of publishing the article, 30% of the confirmed cases that have tested positive for COVID’19 in India are from the Tablighi Jamaat group.

Thousands of Muslims who coined us a new word for this group called ‘Jamatis’ came out for a mass suicide and named it a religious practice to hide their suicidal intentions from the rest of the world. The theory has it that they were actually depressed due to the shortage of goat breast pieces in the market due to the lockdown. So the lesson learned from here is that we must not disobey the government’s restrictions imposed upon us, even if it is to commit suicide. By the way, the Jamaats sound similar to Shincheonji members from South Korea, isn’t?

PM Narendra Modi announced a 5 min clapping session to give a tribute to our doctors and health workers which later became a session of 50-minutes involving clapping, rod hammering, and mass drumming by a group of retards who are now free to roam because humans are quarantined. Another task assigned by our Prime Minister was to switch off lights for 9 minutes at 9 pm on 5th April and light candle/diyas/flashes for those 9 minutes. The same group of goons turned this into Diwali 2.O with firecrackers and flying lamps causing a fire in a thatched house on a vacant plot of land in the Vaishali Nagar area in Jaipur. So it’s a humble request to everyone to beware of these goons as they can talk and walk like normal humans.

Do Not Cancel On-Demand Video Subscriptions

Netflix and Prime Video saw a dip in their user base numbers when Ramayan started its re-telecast. The trend doesn’t bother the giants because the majority of Netflix/Prime users are youngsters born in the 90s. But heavens broke loose when Mukesh Khanna announced that Shaktimaan is going to be re-telecasted on DD National. Hatim, Raja-Rancho, and junior-G are also expected to restart on the national television. This has caused quite a stir in Netflix/prime officials as the millennials might be more interested in their childhood shows. Well, you can certainly log in and cancel your Netflix/Prime membership but here is a catch. Money Heist Season 5 and Mirzapur Season 2 are yet to be aired. Moreover, Hatim and chill do not sound satisfying.

Kill A Bat During Quarantine in India

We are pretty serious at this point in time. The number of conspiracy theories doing the rounds about the origin of the COVID-19 is much higher than those involving the last season of TV Shows. One of the most prominent of them is of course that the virus was transferred from Bats to Pangolins and then to Humans. Well, guess what? The humans have transferred the virus to the Tiger family. Ain’t it so natural and balanced act from the humans? Coming back to bats, let’s make it clear that bats are not great fans of hygiene. They don’t eat paranthas in breakfast, Paneer Lababdar in lunch and drink almond to bed. Bats eat insects and they eat like a ton of them. So in this bleak time, you can’t blame the poor creature because it might not defend itself in the morning sessions of the ICJ.

Which social media do you use? Facebook? No, you won’t find any Chinese in there. But you could find some Taiwanese people supporting your gesture. Twitter? The microblogging site is banned too. But you might find the twitter handles of Chinese companies like Huawei and China Central Television who use government approved VPN service. Also, you still won’t find Chinese on Reddit, Tumblr, Pinterest, and so on. The list is pretty long for a superpower country. In different words, you won’t find any Chinese while surfing the apps installed on your phone.

‌Booze During Quarantine in India

Due to an acute and obvious lack of liquor inflow, alcoholics are ready to pay and cover any mile to get their hands on the booze. Some bibulous who also happen to be commerce students are mixing water in hand sanitizer and naming it a cliched Booz- hack. Well, if you are somehow alive and reading this piece then please stop and find a dealer who can get you legit liquor. Also, try sharing the contact details of the dealer in the comment section in case you got one because we gotta remove this veil of selfishness before things start getting high.

By following the above points, we can’t guarantee you a safe passage to the year 2021 but assure you that you will have some sensible stories to explain to your generation about the quarantine period. What can be more satisfying than being alive and narrating the act of nature 20 years from now? The narrations which will be dominated by two weapons of mankind: social distancing and lockdowns. Indian freedom fighters thought that the strength lies in unity for future generations. Well, we are not so ‘united,’ are we? 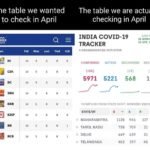 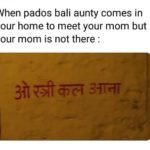