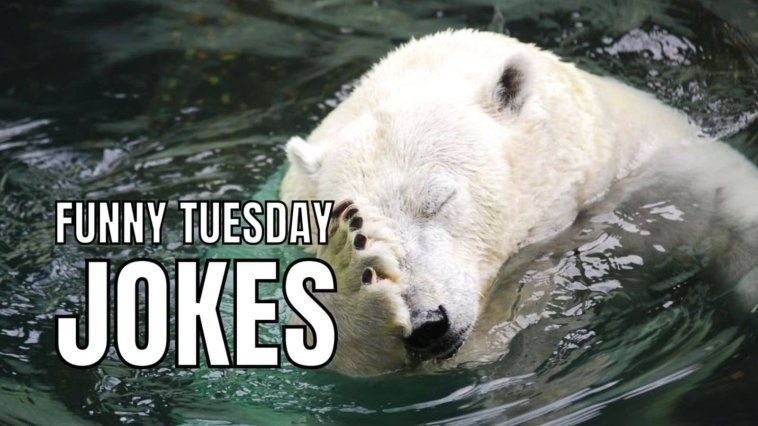 When we ask our colleagues what their favourite days of the week are, they usually respond with a Friday or Saturday. But when you realise it’s Tuesday, you get worried since the weekend is still a long way away.

If you only consider Tuesday, it is the second most frustrating day of the week, full of depressive thoughts about the long day at work. Thinking about the next routine causes the mood to become agitated. It exacerbates a typical worker’s depression.

However, if you want to freshen your mind, laughter is the best medicine to relieve tension. That is why we have gathered the entire collection of amusing Tuesday jokes or Tuesday puns to make you grin. Scroll through for a dose of laughter or happiness or motivation, then share them with your friends and colleagues.

A Monday but with steel-toed boots and a slightly lower aim.

On what day of the week, do monsters eat people?

Why is Sunday stronger than Tuesday?

Because Tuesday is a weekday.

Why do Brits pronounce Tuesday as Chooseday?

Because they drank the T.

What does a taxidermist do on Tuesdays?

Nothing special … just the usual stuff.

What comes after Taco Tuesday?

Why is there less air travel on Tuesdays?

Because you’re supposed Tuesday on the ground.

Friend: What day is today?

Did you hear about the director of the Department of Motor Vehicle who resigned on Tuesday?

He tried to resign on Monday but found he’d been standing in the wrong line.

Which days do you drink starting with “T?”

What comes after Tuesday?

What’s the worst thing about Fridays?

“Has your son made up his mind about what he wants to be when he grows up?.” David enquired about a friend.

“He wants to be a garbage man,” he explained.

“At such a young age, that’s a unique aspiration.”

“Not at all. He believes garbage collectors only work on Tuesdays.”

They don’t make them like they are going to anymore.

What’s a mathematician’s favorite day of the week?

Son: Dad, you need to start working out.

So a man rang up a yoga instructor and asked which class he should take.

She said, “How flexible are you?”

Man goes to a psychiatrist and tells him that he thinks he can see into the future.

The doctor asks, “When did this start?”

The patient replies, “Next Tuesday.”

What does the calendar say after Monday and Tuesday?

Why couldn’t Tuesday enjoy himself with his friends?

Because he’d never be able to see the weekend from there.

What is the best thing about Tuesday?

It is the farthest from Monday.

When should you wear flip-flop sandals?

“There’s a barrel over there with a hole in it; we use that,” the captain says.

“You can use it any day of the week except Tuesday,” says the captain.

“Why not Tuesday?” says the guy.

“Because that’s your day in the barrel,” the captain grinned.

Why was the employee late twice a week?

Because it was only Tuesday.

Which day of the week would golfers want?

Why isn’t Tuesday the most depressing day of the week?

On a Tuesday morning, what did the executioner say?

It’s time to beheaded to work.

If any middle school kids can correctly apply the term “definitely” in a phrase, the teacher will grant them a Tuesday leave.

So Sarah raises her hand and says, “The sky is definitely blue.”

The teacher informs her, “That is an excellent response! However, sometimes the sky turns pink or dark. Is there anyone else?”

Ted raises his hand after some silence. “The grass is definitely green,” he declares.

“Wow, that’s a good one!” The teacher declares. “However, when it gets dry or cold, the grass begins to die and turns yellow or brown.”

The class is at a loss at this point. While the students were racking their brains for an answer to get Tuesday off school, Billy speaks up.

“Can I ask you a question first, teacher?” “Yes,” replies the teacher.

“Do farts have lumps, Mrs Teacher?”

She responds in the negative, surprised.

“Well, then,” Billy adds, “I definitely just shat my pants.” He stands up, gripping his buttocks. “See you on Wednesday.”

Why was the computer late to work on Tuesday?

It had a hard drive.

What is Tuesday if Wednesday is Hump Day?

Why can’t the children board a ferry on Tuesday to get to school?

Because they have Tuesday (to-use-da) roadway to reach the school.

A man enters a bar with a pork pie on his head.

“Why are you wearing a pork pie on your head?” inquires the bartender.

The man responds, “It’s a family custom. On Tuesdays, we always wear pork pies on our heads.”

“But it’s Wednesday,” the bartender points out.

“Man, I must look like a big fool,” the man admits sheepishly.

It is the day to remember all things you didn’t finish on Monday and push them off till Wednesday.

What would be Tuesday if every day were the members of a family?

At the doctor’s office, three old guys are undergoing a memory test.

The doctor, pleased with the third man’s correct response, inquires, “Great! How did you calculate that?”

What is the number two’s special day?

What happens when Taco Tuesday ends?

Tuesday morning – time to wake up!

You made it through Monday; hope you chuckled with our hilarious jokes on Tuesday!

Tuesday is the second worst day after Monday – are we correct? Take a second to inhale quickly and then exhale. You’ve got this. 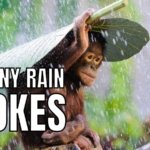